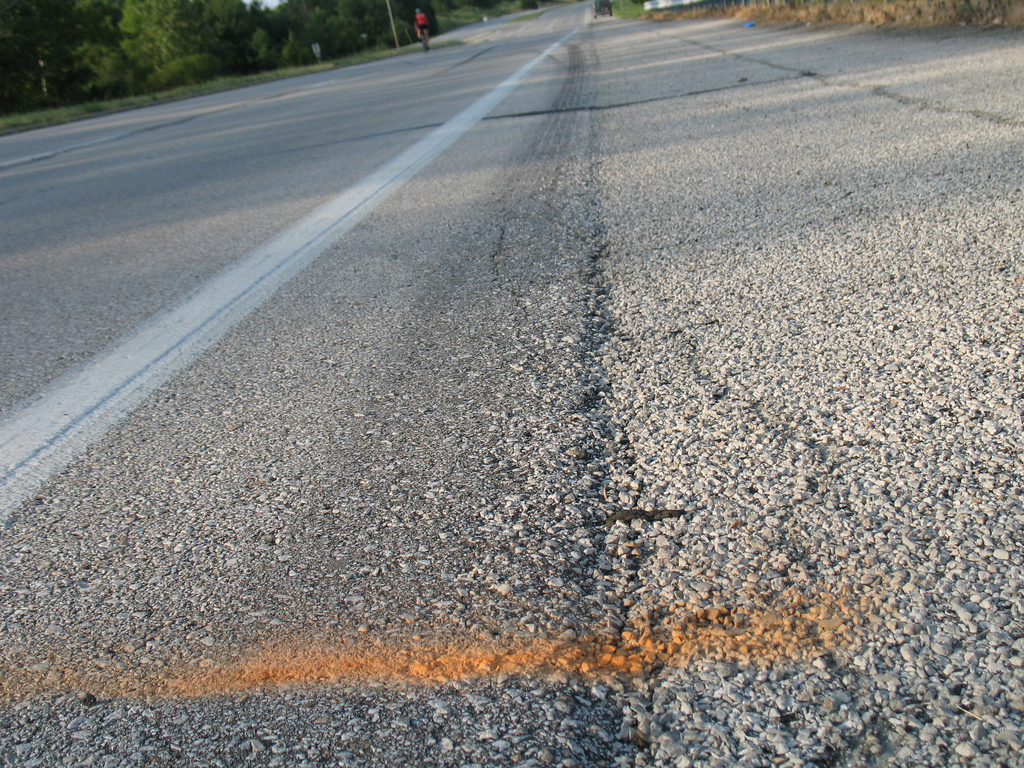 For years now, I have been quietly waging my own little war against the traffic department and the way they go about their business. At the end of the day, they are charged with the, quite frankly, sacred duty of protecting all road users. It is their duty to ensure our roads are safe and to do everything in their power to prevent the horrendous carnage that we see on our roads every day. It is their DUTY to prevent accidents – and they are not only failing, but they are actively using their failures as a bargaining tool to give themselves even more power, to do more of the ineffective policing they have been doing for years! And do not kid yourselves into thinking that road safety is their motive behind all this…

City of Capetown proudly posted the above notice on their Facebook page, obviously trying to show how hard they are working to make our roads safer. But are they? The only road death-toll statistics that the department readily makes available, are festive season numbers. Ironically, this is NOT the worst time for road deaths on our roads. Be that as it may, currently around 14-thousand people are killed each year on our roads, which makes South Africa’s roads, some of the most dangerous in the world.

So what are the authorities doing to stop this? Well to be honest, not a lot from what I can see. They are pressing and pushing really hard for AARTO to be implemented nationally. The controversial bill will see many of our rights taken away and almost brings with it a presumption of “guilty until proven innocent” – except your right to defend yourself in court is taken away so you have no real opportunity to prove yourself innocent even if you could! AARTO was initially trialed in the Tshwane and Johannesburg metros as a pilot project, to see if the system was at least a workable solution.

Some interesting things came from the summaries of the meetings held around AARTO before and after implementation of the pilot projects – firstly it is “claimed” that 80% of all accidents (around 700k annually) are due to speeding. This is simply not true. Statistics are being manipulated in order to support an agenda. In other words, if there is an accident and one of the cars were traveling (even slightly) over the speed limit, that accident will be logged as an accident where speed was a contributing factor – even if speeding had nothing to do with the cause of the accident. The “world average” for accidents caused by speeding is actually closer to 4% – which means that even if South Africa’s average is for some reason 10 times higher than the rest of the world, it would still only be 40% or half the number claimed by our officials.

On 11 November 2016 the AARTO pilot metros, met with the comity to brief them on the results of the pilot project – I have read the ENTIRE summary of that meeting and I was shocked to see that accident statistics were not even mentioned once. At no point during the discussion of whether the AARTO pilot project was a success or not did anyone bother to ask if it had reduced the number of accidents in the pilot metros. Members mentioned the admin load, costs of serving notices and problems arising during implementation of AARTO – and their associated costs. They noted that large numbers of infringers elected to fight their cases in court, which increased costs, but at least the number of cases closed and fines paid increased – and that seems to be reason enough to push the system out nationally.

Of course the newly drafted AARTO bill addresses these issues by allowing notices to be served by less reliable/ accountable and obviously cheaper means. They remove your right to fight infringement notices in court so those costs are saved too. In fact everything about AARTO is structured to streamline the process of collecting money from fines and reducing the number of ways in which you can defend yourself against alleged offenses.

Ask any South African what their opinion is on what causes most accidents on our roads and their answers will vary, but a number of constants will pop up – Unroadworthy vehicles, unlicensed drivers, dangerous maneuvers, ignoring directions from road signs, not stopping when supposed to, and yes speeding will also be mentioned, but usually referring to excessive speeding – in other words maniacs who drive way too fast for road and traffic conditions, not enthusiasts enjoying their cars on a quiet stretch of road in the middle of nowhere. Now ask the traffic department which of these offenses they focus most of their energy on – their answer will be that they enforce ALL the laws equally – but statistics tend not to agree.

Statistics like these are VERY hard to find in South Africa, possibly because the authorities wouldn’t like us to know exactly what is going on. As such I could only find statistics from the AARTO pilot project from 2008/2009. From 12 Feb to 8 May 2009, the Metro of Johannesburg issued 1 011 084 infringement notices or fines. Just over a million fines in just under 3 months. OF that million fines 98.94% were for speeding! Only 0.57% were for disobeying road traffic signs. 0.24% were for disobeying the rules of the road. A truly disgusting 0.08% of that million was issued in respect of of fitness of vehicles. Statistics for drivers driving under the influence did not even register. Tshwane showed a similar, though less extreme trend, issuing only 339 529 infringement notices. Of those 52.11% were for speeding offences.

So why are they picking on speeding? Well quite frankly, it’s an easy target – it’s socially difficult to defend speeding, generally speaking offenders will have nice cars capable of speeding – therefore they would typically have decent incomes and be able to afford paying their fines. Cost of speeding enforcement is also relatively low because you can automate the entire process by placing speed cameras around the country!

I also completely disagree with the way in which speeding offenses are prosecuted. Not only are cameras placed in areas where speeding is NOT dangerous, but they are also hidden, disguised or simply put up illegally! Speed cameras should be CLEARLY visible and placed only in areas where speeding is dangerous – in order to prevent speeding in those areas. Not only that but the thresholds on speeding fines are simply idiotic! Making the argument that driving 140 in a 120 zone is as dangerous as driving 80 in a 60 zone is completely stupid, yet they carry the same penalty – it simply doesn’t make sense, unless road safety isn’t your main concern…

Recently your news feeds would have been flooded with posts about the Audi-idiot doing 300+ kph down the N1, and the fact that he got arrested. Interestingly though, there is almost a 0% chance that he will be convicted, and even if he does, he has HUGE grounds for appeal because in the past 12 years, the city of Tshwane has prosecuted exactly ZERO people for exceeding the speed limit by more than 30kph in urban areas or 40kph in extra-urban areas. They claim there is some kind of jurisdictional problem, but given everything else that’s going on, I can’t help but think that they simply don’t bother because the cost of taking these offenders to court, is simply not justified by the income the fine would generate. The shocking truth is, that the very people they should be going after, speeding not only a little bit, but excessively so, are getting away with it, because prosecuting them would cost more than they would get.

On my drive to work this morning I saw at LEAST 4 cars that could not pass a standard road-worthy. I have been pulled over at roadblocks checking license discs 3 times in the last 6 months and at 2 of those roadblocks saw unfit vehicles pass straight through because ‘that isn’t what they were checking for on that day’. I have seen COUNTLESS traffic cops and SAP members driving whilst talking on their phones, recklessly changing lanes, running red lights and dangerously overtaking traffic with no consequence. People keep doing these things because they KNOW they WILL get away with it 99.9% of the time – YOU CAN NOT EFFECTIVELY POLICE TRAFFIC FROM BEHIND A CAMERA!!!!

To any ignorant knuckle dragging clown, it should be blindingly obvious that the traffic department are simply taxing motorists in an attempt to generate maximum revenue at minimum cost. There is absolutely NO interest in road safety or protecting the public. It is absolutely disgusting and quite frankly – it is hardly surprising that no-one has any respect for the law.

I just want to make it clear that I do not condone or support excessive speeding! What mr Audi-idiot was doing on the N1 at 300+ kph is utterly stupid, not impressive at all and proves nothing other than the fact he has some kind of small-man complex that he feels the need to disprove. However, driving enthusiastically on breakfast runs, enjoying your sportscar responsibly and doing it in such a way where you do NOT endanger anyone else, should not be prosecuted – it should be celebrated.
Thank you to MyBroadband.co.za and the Parlaimentary Monitoring Group for some of the facts and Statistics used in this piece. Also thanks to Justice Project South Africa for the information on speed prosecutions in SA and Tshwane specifically.

Dedicated to the 134 000+ victims of fatal crashes in South Africa over the last 10 years. 134 000 people failed by a system more interested in profiteering than in reducing that number. And to all the families of that 134k people who can lay the blame for their pain squarely at the feet of the traffic department.

6 thoughts on “AARTO kidding me?”