Mr Q Goes to the Movies 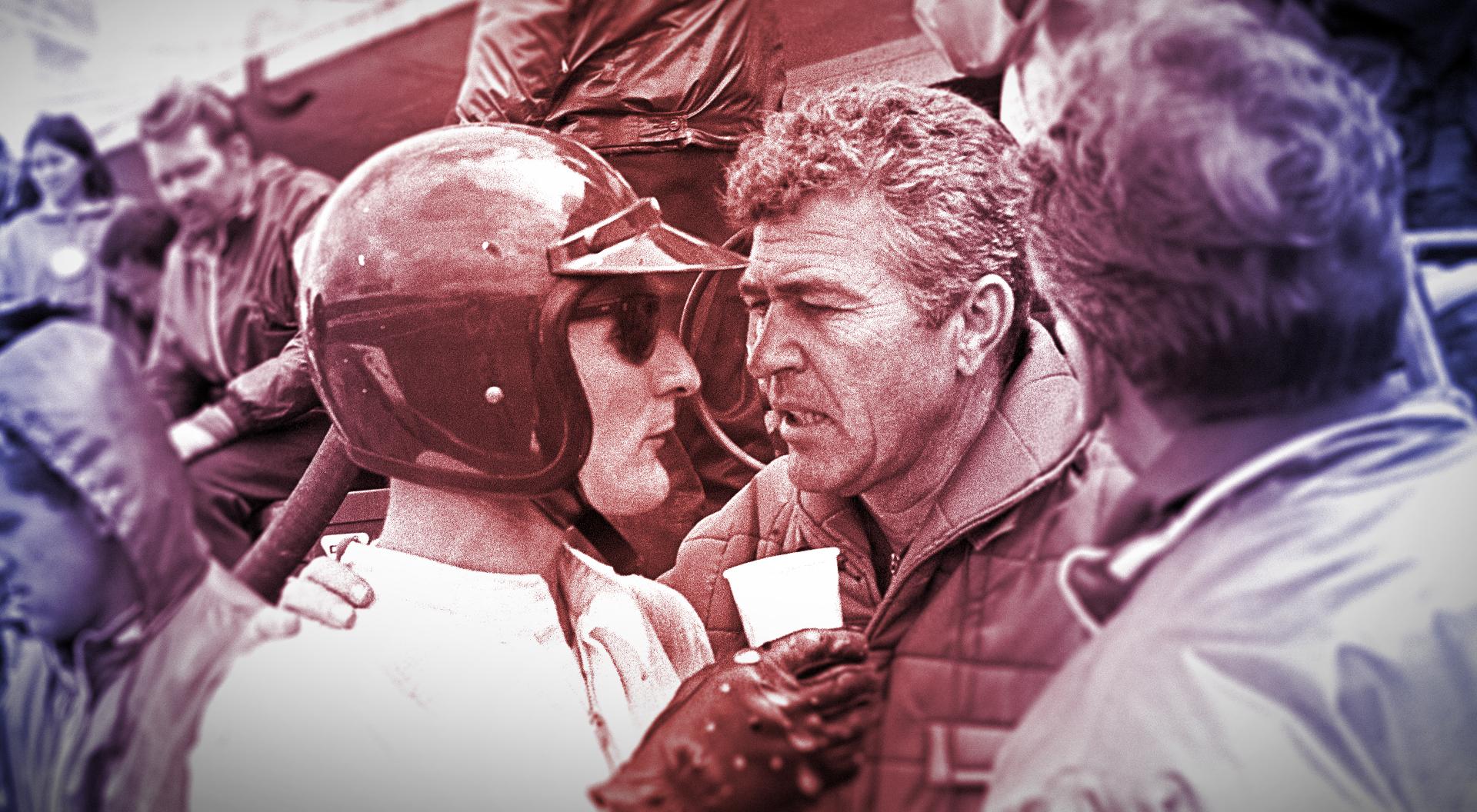 If you are the kind of person who thought that the Fast and Furious franchise were great ‘car movies’, then perhaps we need to reevaluate our friendship. Yes they were great movies, but purely from an entertainment point of view – the car stuff was always a little outside the realms of realism for me, as was the racing – and who can forget the epic car chase down the world’s LONGEST airport runway. With my car-guy-purist’s hat on, I have to admit those films are a bit of a joke.

Thankfully we have recently been treated to 2 of the best car movies I’ve ever seen. Not only are the stories amazing, but the racing and stunts are far more realistic and believable to a real car person. I am of course talking about the epic Lauda/Hunt battle portrayed in Rush and more recently Ford vs. Ferrari. On a very rare trip to the cinema, I went to see the latter last night, and I have to say – it was brilliant!

If you’re here, chances are you know the basic Ford vs Ferrari story already. Basically, Ford wanted to sell more cars. To make their cars seem more exciting they wanted to go racing – proper serious racing, at Le Mans. Ferrari was in trouble, so the plan was to simply purchase the Italian company that already had a very successful racing team. Unbeknownst to Ford, Enzo was using the Ford deal to leverage a better deal from Fiat – one that would leave him in total control of Ferrari. Ford, feeling insulted, decides to build their own racing car and turn to Carroll Shelby for help in doing so. Eventually their legendary GT40 went on to be one of the most successful racecars ever, beating the Ferarri’s at their own game, exactly as Ford intended.

First off, I wasn’t there in 1965-66, so I couldn’t tell you exactly how accurate the film is, what I can tell you is what I have managed to research before going to see it, and other little things I picked up afterwards. I LOVE films with historical accuracy – I completely understand that some artistic license may be required to make the film more palatable for a broader audience, but at the end of the day, my personal preference is for an almost documentary level of detail and accuracy. Thankfully this film delivers! The cars are period correct (although MANY of them are replicas, some actually partially produced in South Africa!), and the producers went to great lengths to ensure details such as the sponsorship stickers and even the tyres are (or at least appear) period correct. The racing details, including the controversy surrounding Ken Mile’s being given 2nd place, were all correct!

Other details were also correctly portrayed, Peter, Mile’s son, really was present and watching when his father had his fatal accident whilst testing the Ford J-car. Henry Ford II really did attend the races at Le Mans. Shelby really did repaint his car several times and re-sold the same car to several people to make it look like his fleet of Cobras was much larger than it really was. The movie is really FULL of beautiful accurate details, incredible cars and the beautiful thunder that is the sound of racing cars.

Historical Inaccuracy: (SOME SPOILERS in this section)

Some small liberties were taken to make the film more compelling. For example, although Ken Miles and Carroll Shelby were instrumental in the development of the GT40, there were massive TEAMS of engineers and designers who also helped solve some of the major problems with the early versions of the GT40 that don’t get mentioned in the movie. In fact when the GT40 first arrived in the USA, it was described as being damn near undriveable, causing one of Ford’s test drivers to quit, stating that he was “saving his life” by refusing to drive that car. The aerodynamic problems, although mentioned in the film, were actually much greater than portrayed. the car produced so much lift at 200mph, it would actually start to spin the tyres! None of these details made it into the final movie however.

Throughout the movie, Shelby is seen calling Miles “Bulldog”, however his nickname in the team was never Bulldog. In stead he had several nicknames including The Hawk, Sidebite and Teddy Teabags.

The fight scene between Miles and Shelby is also fiction – I’m sure harsh words were exchanged between the two, but apparently this genuinely funny scene of botched fighting never really happened.

Something else that never happened was the Willows Spring race where Miles was driving the white AC Cobra and threw a wrench (spanner) at Shelby’s head. Although elements of the pre-race stories are apparently true, that particular racing event never happened and was made up to create a fuller picture of Ken Mile’s personality.

Enzo Ferrari never actually attended the race at Le Mans where Ford finally delivered their revenge! It is also unclear if the stopwatch thievery and loose nut prank Shelby played on the Ferrari pit crew actually happened, but there is no evidence to the contrary, and I would like to believe that sort of mischief really happened – it was hilarious.

The big corporate machine that is the Ford Motor Company’s resistance to having Ken Miles driving their car was also hugely exaggerated for dramatic effect in the film. In truth they disagreed at first and after a few discussions with Shelby and the result at the Daytona 24h race, Ken was given the drive. I could find no information as to whether or not Shelby really gambled the rights to his company on Ken’s driving, as in the film, though.

Finally the ‘test drive’ scene where Shelby takes Henry Ford II for a spin in the GT40 isn’t entirely accurate either. YES Mr Ford was taken for a drive in the car, and YES he was absolutely shocked by it’s performance, but Ken Miles was driving the car at the time, not Shelby… and apparently… Ford insists he didn’t break down crying afterwards.

As with any racing movie, there are a few things that might get up the nose of real racing purists. Yes there is the inevitable scene where two cars are right next to each other and suddenly our hero finds another gear and surges ahead. There’s also the part where 2 racing drivers battling down the straight suddenly decide to push the pedal down further, when in real life, a racing driver on a straight would have his foot welded to the floor all the way. Thankfully though, these annoyances are very few and in between the laughable dramatics, there are some real gems – cars ACTUALLY outbreaking each other, Real driving incidents using real cars and not one second of CGI nonsense, and thank the heavens, unlike almost EVERY car film ever, the footage has not been sped up to the point where it really looks unrealistic. As far as racing movies for purists go, this is probably one of the best.

Should you go see it?

A very emphatic, loud, resounding YES – it is a brilliant car movie. It is a brilliant movie even if you don’t love cars! It retains enough historical and technical accuracy to make it authentic, with just the right amount of artistic license to make it entertaining. The genuine characters and personalities involved in racing during that time also make it hugely entertaining for people who are not car enthusiasts.

It is also worth noting how incredibly encouraging it is to see the interest in a true story, racing movie, when we are constantly being told that motorsport, and interest in cars, is dying.

At the same time it does throw up a few red flags. Chief among which is the fact that this great racing movie takes place in the 60’s, Rush, that other great racing movie, took place in the 70’s – I just don’t see anyone bothering to make a film about today’s racing 40-50 years from now. Firstly the snowflake generation would call it offensive because of the amount of fossil fuels they burnt – hell Bloomsberg’s review of this movie already heavily criticized the fact that it is entirely male dominated and failed completely to portray Carroll Shelby as a womanizing degenerate, who hunted animals, ate meat and divorced half of Texas before his death in 2012. Secondly, the characters in racing today simply aren’t that interesting. The highly regimented lifestyle of modern racing drivers simply wouldn’t make for entertaining movies – no-one wants to see Vettel crying to his mommy because someone overtook him, nor is watching the FIA basically decide race results by penalty going to make for a particularly compelling script.

SO in conclusion, yes, you should definitely go see this movie – it may be the last great car/ racing movie we get to watch!

2 thoughts on “Mr Q Goes to the Movies”