The 3 or the 5 and the meaning of life 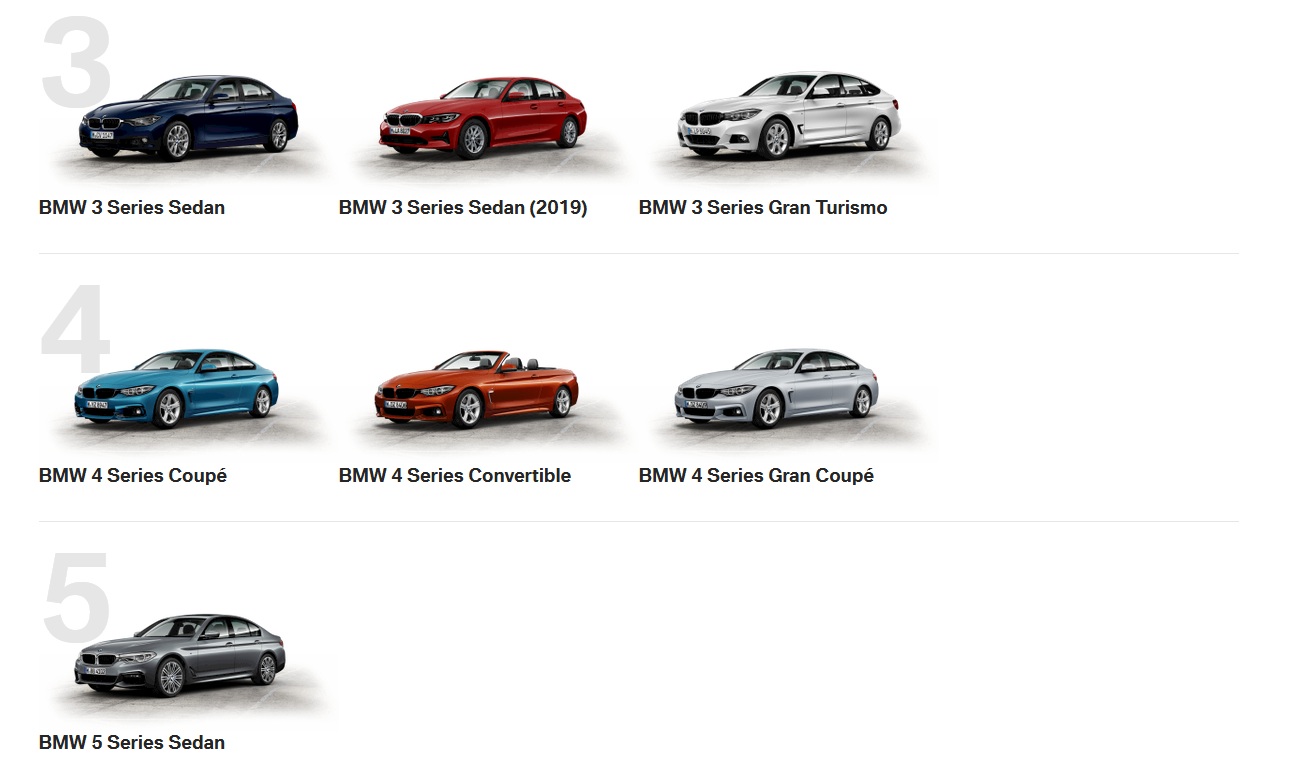 Like it or not, we live in a world where image matters. We all, to a more or lesser extent, do things to influence the way people look at us – whether you do this consciously or not – YOU DO IT! Choosing a car is just another way in which we try to project a certain image about ourselves. I like to think that my car choices make me look like someone who loves driving – so get out of my way and let me drive! 😉

The problem is, that if you flick to the back of any car magazine you will see that each manufacturer has a multitude of models to choose from, and an alarming array of variants of each model to fine tune the experience. So what do you choose? What if you picked the wrong one? Which is the best to drive? A really hard choice to make, especially if you are buying new, since dealers very rarely have all variants available for test drives.

So to make life easier for you, I’ve decided to dispense some genuine consumer advice for a change and help you choose. For the purposes of this post I will use the BMW 3 Series and 5 Series for comparison, and I may throw a few other alternatives into the mix as well, but this can really apply to any model of car.

So the first and most obvious question is going to be, should I go for a top of the range 3-series or an entry level 5-Series. The answer to this will very much depend on what kind of driver you are and what you intend to use the car for.

Let’s first look at the standard kit you get on your car. You might think that a bigger model (ie 5-series) would offer more standard kit than the smaller model, but in fact the opposite often proves true. If you look at a top of the line 3 series vs an entry level 5 series, the 3 will have more toys as standard for the same price. The 5-Series is obviously a bigger car, but in base spec it has far fewer toys in it compared to a stock, top-spec 3-Series.

Yes the 5 (or E-class) would be a more refined car, but with the smallest engine option, that motor invariably has to work pretty hard to move the bigger car around and a lot of that refinement is lost. Even if you think you don’t need all that power, remember that there is no greater luxury than having power in reserve. It means you could cruise around in great comfort and refinement without ever going over 2000rpm. This is amplified ten-fold if you manage to get into a six or eight cylinder engine. You won’t know how much a 4-cylinder engine actually vibrates until you drive a car with a creamy smooth straight six or V6/V8! Obviously the keen driver will always prefer the more powerful option and it makes sense! A 520i is built on the same platform as the more powerful 540i, but it lacks the power to fully exploit that platform, making the driving experience a little boring. Remember the platform was built to take the power of the 540i from the start. So if you like exploiting everything a chassis has to offer, you HAVE to go for the most powerful version your budget will allow, or for the smaller 3-series with the bigger engine.

One of the main reasons people go for the entry level models however, is not because they chose it, but because they want better fuel economy. The truth is that the bigger more powerful engines higher up the range, are in most cases, far more economical than you might think. At the very least they are far more likely to achieve real world numbers closer to their claimed figures (read my article on this here). Obviously it depends a great deal on how you drive them, but I’ve had cars with 4.0l supercharged V8’s that gave me 10km to a liter, which is about the same as a 2.0l 3-series would give! Don’t always assume the bigger engines will drink petrol faster than you can put it back in the tank.

Whether you go for the entry level E-class or 5-series, vs the top of the range 3-series or C-class is a very personal choice. Some people want the extra space and refinement and are willing to offer up the performance gains of the bigger engined smaller model. On the other hand if you want to be able to fully exploit the capabilities of your chassis, you have to go for the smaller model with the bigger engine.

Personally I crave the extra performance and I love the fact that the big engines are second-hand bargains! They are usually fully loaded with toys and generally much better cars to drive. You lose a tiny bit in refinement in terms of the ride, but you gain it back by having a more relaxed engine that doesn’t have to work as hard – and if you make it work hard, you’re going to have a LOT more fun with it. This is why I got the Jag XJR and my Golf GTI’s over a 3 Series, because at the end of the day a top of the range Golf is better fun to drive than an entry level BMW.