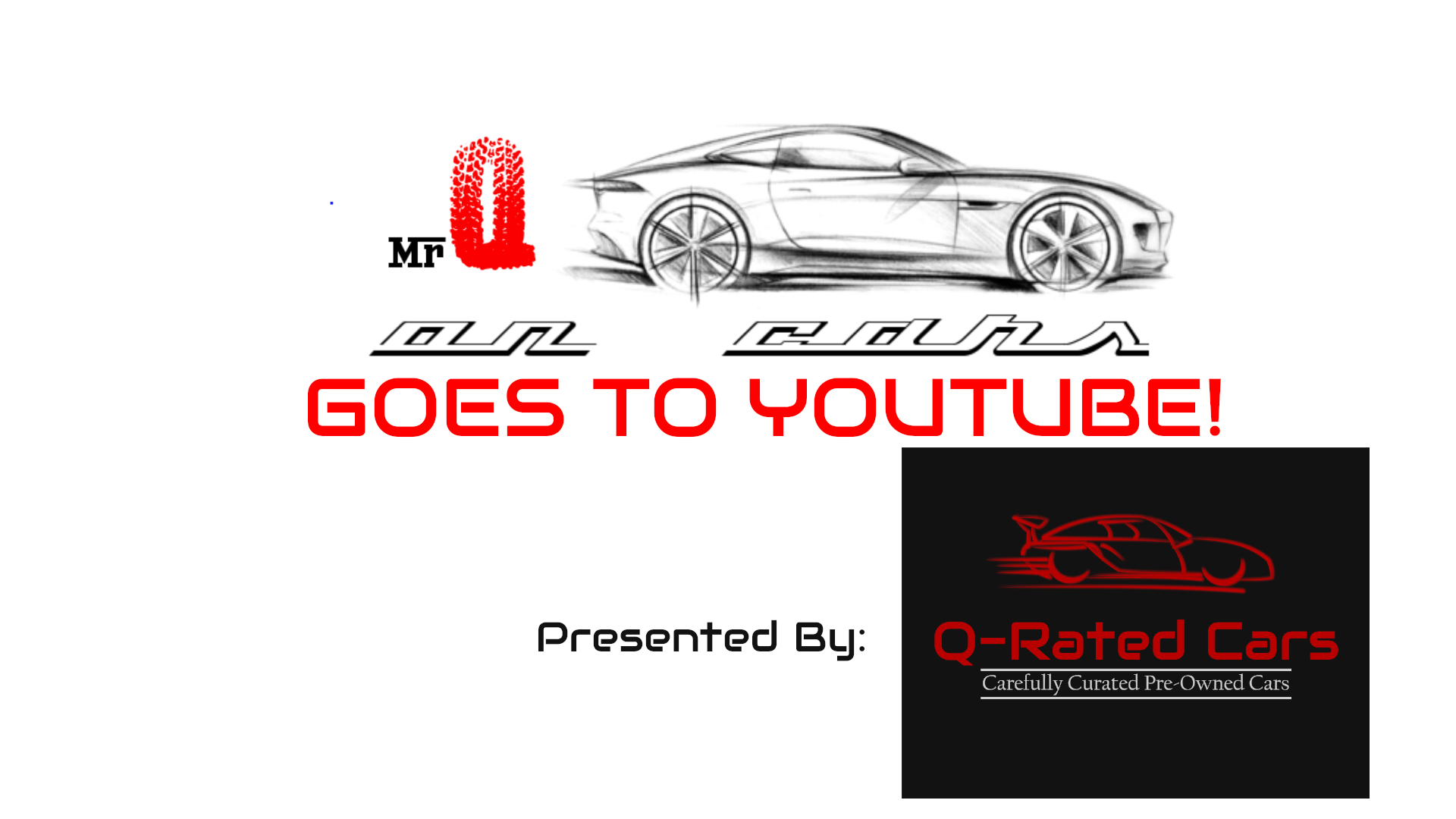 Some say, this has been a long time coming, and yes…. yes it has. This little 14 minute video clip marks something that I am actually very very excited about. Yes the introduction is boring, I’ll be the first to admit that, but what it signifies is really exciting and something I hope will really take off and bring my little Q on Cars platform up a few notches. But before we get into the video I want to THANK EVERY SINGLE ONE OF YOU guys and girls (and those who identify as sausages, or office furniture or whatever). Without the continued interest and support you guys have shown me here and on my column over on Carbs and Coffee, I don’t think there is any way I would have even considered launching my own channel on YouTube.

So without any further waffle, here is the boring video that marks the start of something exciting!

So some of you may know this already, but I come from a Music Production background, having studied Sound Recording Engineering and Music Production at the fantastic CityVarsity. The great thing about CityVarsity’s campus, at least certainly at the time I was there, is that you are constantly mingling with really creative people working in all forms of media production. So we worked with a lot of video directors, camera guys, video editing students etc etc etc. and you pick up a few things. But obviously, what I know about video editing is probably about the same as what those guys know about sound engineering – that is to say we know it exists and that it is important.

What this basically means is that I know enough of the terminology and language to know what to search for on Google, but when it comes to video editing, I am pretty much learning everything from scratch! Editing is genuinely not as easy as it sounds and piecing together a 14 minute piece of footage from about 2 hours worth of shots is painfully time consuming. Or at least, it is still time consuming for me, because I am still learning and therefore working very inefficiently with one screen constantly on the video editing software and the other one constantly on Google! Basically, what I am saying is that currently it takes me around 8 to 10 hours of scripting, shooting editing and compiling before I can hit the render button and spew out a video at the end. This means that my release schedule will probably be a little slow to start with, but with some practice and a bit more experience, my efficiency will increase and I’ll be able to pump out videos much faster, and hopefully of better quality too!

Thus far I have already learned so much, just with the few videos I have shot to date. First of all, if you make a mistake, just carry on and get through the script. The reason for that is that in shooting this video for example, I was working my way through my script, but if I made a mistake, I cut, restarted the camera and started reading from the top. So what you end up with is about 50 takes of the first paragraph to choose your best efforts from, but only about 3 takes of the last part of the script, and if you’re not 100% happy with the way you recorded those segments by the time you go to edit… that’s just tough.

Secondly, I learned that a vague script or general idea of what you are going to say is very important. As you’ll see in my upcoming videos that I’ve already shot, its very easy to go off on a tangent and completely miss the point you were trying to make, unless you have it planned a bit better. So hopefully this will improve in the coming videos, but I fully admit that I have A LOT to learn about making videos, and this is hopefully just the start!

And there you have it guys, I have officially taken the plunge – I HAVE A YOUTUBE CHANNEL! Still can’t quite believe it… but it will only work with your help, so PLEASE PLEASE PLEASE, Like, Comment and subscribe to the channel on youtube, and when I start uploading more interesting content, SHARE the hell out of it, let’s see if we can make this one of the biggest South African YouTube Channels on the interwebs!

Thanks again guys…. all this work is for you!