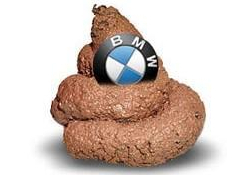 Computers and technology have made life a lot easier for us. We don’t even make our own coffee any more – we just prod some buttons on a machine and the black elixir of life pours out of it. We certainly don’t write anything by hand any more – we type… faster than we can handwrite. In fact we don’t even call each other any more, because texting is easier and more convenient. We don’t learn how to play instruments any more, because it is more economical for record companies to simply create some fax machine noises on a computer, put a beat to it, and have some half-wit “artist” with the right look sing it – only so the sound engineer can fix it in the mix with some auto-tune… or a lot of auto-tune…

This ever-present pursuit of the easy and convenient comes at great cost though. In my previous example, the skill involved in playing music is being lost, and perhaps sadder still, is no longer appreciated as it was before. Likewise the skills involved in fabrication will soon be lost to the winds of time, because it’s much easier to 3d-print, or simply stamp out components rather than making them from scratch. And as I have mentioned countless times before the skill of driving – properly – is being lost too….

So where does that leave a car manufacturer like BMW?

BMW have always prided themselves on building “the Ultimate Driving Machine”, the driver’s choice. Cars that make owning a boring family saloon, quite exciting and fun, used to roll off their production line, cementing themselves into the hearts and minds of petrol heads the world over.

Unfortunately, in this new world where driving skill comes a very distant second to ego and showing off, there would be very little market share for a company that only built driver’s cars. So BMW had to adapt, change and bring new models to the range. Models that fall a very, very long way short of being the ultimate driving machine.

As I was watching Hoovie’s Garage’s latest youtube video last night, my viewing was interrupted by a BMW ad with the slogan, “Choose your X”. The absolute PLETHORA of “X” models in BMW’s range is just an indication of how far off the rails BMW have gone. If you absolutely HAVE to compete in the SUV market, I can almost forgive them having the X5, and possibly even the X3, but the X6 is rubbish and stupid and the X4 is almost worse, and they are all pretty ugly. What’s more is that NONE of them are any good off road, nor are they any more practical than the estate or “Touring” versions of the 3-series and 5-series, neither of which are available any more, but both were far better to drive than any X.

Need more convincing? How about the fact that BMW made their name, built their company and pretty much ruled the world with their naturally aspirated 6-cylinder engines. It was their signature dish! Today, there isn’t a single car in their lineup that has a naturally aspirated 6 in it. Even the traditionally 6-pot *23i, *25i and *28i models are now turbo-charged 4-cylinders. The *30i models are gone and the only 6-cylinder in the range is the *35i, which is turbo-charged too. Granted the turbo engines are really well engineered and give more power than the older mills, but they lack the character you get from an NA engine, and, comparatively at least, they sound terrible. Even with the greatest of aftermarket exhausts the new turbo-six in the M3/4 just doesn’t make a great noise – it makes a lot of noise, but it’s not nice.

Still not with me? How about the fact that all BMW’s except for M models, now use electronic power steering? So what, you might say, it’s a small price to pay for reduced emissions and better economy, but the truth is hydraulic power steering, is only VERY VERY VERY slightly worse for fuel economy, but it is INFINITELY better at providing driver feedback and steering feel. Non-petrol heads don’t even notice this any more because, truth be told, steering feel has all but disappeared from pretty much every new car on the market.

You still need more? What if I told you that the ultimate versions, of the ultimate driving machines, the M-cars, are not only unavailable with the driver’s choice of gearbox, but are now starting to come out with 4-wheel drive!? Yes the M2 is available with a manual, but have a look at the classifieds and see if you can find one! And Yes the M3/ M4’s official price list shows the 6-speed manual as a no-cost option, but try to buy one and the dealer will simply tell you that BMW SA are not importing any manual M3’s or 4’s. A 4-wheel drive M-car should just be considered blaspheme. It’s no good telling me that the front diff can be disabled to make the car rear wheel drive, because it still carries the extra weight and complexity of that front drive. Not only that but your suspension set-up is now going to be a compromise because it has to work for BOTH drive modes, which is another way of saying it’s not going to be great in either mode.

Until a few years ago, BMW prided itself on the fact that they ONLY build rear-drive cars. When the 1-series was launched, BMW stubbornly stuck to the rear drive layout, because it is BEST. They stuck with the layout again for the second generation, even when critics of the 1-series said the rear diff makes the 1-series less practical than a Golf because it robs interior space. Now though, the new 1-series is front drive, taking away the ONLY reason to buy one over having a Golf. What kind of Ultimate Driving Machine drags itself around by the front wheels?

With everything mentioned above, I find it sad and rather unsurprising that the average BMW driver today, is not any kind of DRIVER at all. Show-offs and egotistical maniacs who believe that the Ultimate Driving Machine has somehow made them into the ultimate driver. Little wonder then that the internet is absolutely flooded with videos of M4’s spinning out of control, into ditches, pavements, parked cars or rows of spectators. Type BMW M4 into youtube’s search function and you’ll find a bunch of knuckle draggers doing donuts or drag racing, not a driver enjoying its delicate balance and the subtle nuances of it’s handling.

Sadly I fear that BMW can no longer claim to make the ultimate driving machine that offers “Sheer Driving Pleasure” as their new slogan states. As for real drivers like me, I guess we will be looking elsewhere from now on, or sticking to the second hand BMW’s, from the good ‘ol days when owning a driver’s car still meant something.