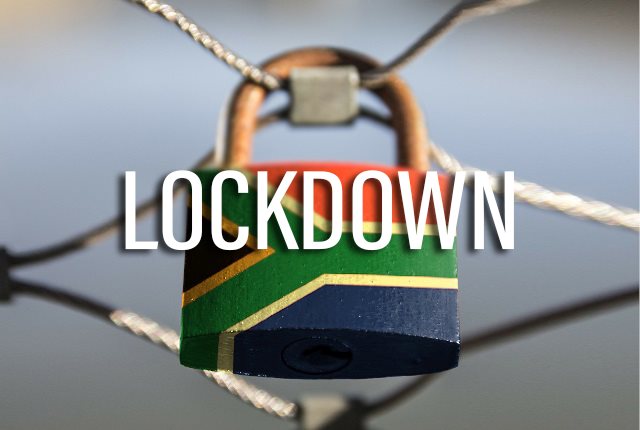 My little spot of internet space, has over the past couple of years grown to a massive following of around 800 people. Even though I have fewer actual followers than that, on average, that’s how many people read any given article I post. I would like to think that this is because people are entertained by what I write, informed by some of my more technical pieces or maybe they are just so crushingly bored they couldn’t resist reading! Either way I honestly believe that I can thank my basic guiding principles of this blog, for the fact that so many people regularly come back to see what I have written.

Today though, I am forced to stray from those principles. This is not a car related post. You see during this lock-down, it has become pretty much impossible to create any interesting car-related content. Frustrating as this may be, there remains very little any of us can do about it, so today I am venting frustration, throwing my car-content-only rule out the window and shouting from the top of this tiny internet-based community… “ENOUGH IS ENOUGH!”

When the lock-down first started, almost the entire country was in support of it and Squirrel’s face was posted all over social media with messages of support and pride in our president. Today though, news feeds are clogged with experts stating the lock-down is doing more harm than good, and questions over whether or not Cyril is really in charge any more. In his last address to the nation Squirrel noted the numbers of infections and the numbers of deaths due to the Corona outbreak. Numbers that sound shocking and terrible, but at the same time, numbers that when quoted individually like that, without broader context, causes undue alarm and panic.

For example, if you tell the country that to date we have 13 524 confirmed cases of COVID-19 infections, it sounds pretty bad, but if you consider, that this is 13 524 out of a population of around 55 million people, its suddenly not so bad. In fact, if Squirrel had gone on TV saying there is a terrible virus sweeping the country that has to date infect 0.024% of our population, people would have chased him off the stage for going bananas over something so trivial. If you say 247 people have died to date it sounds terrible, and yes it is terrible. Please don’t think that I am trying to trivialise human life here, but if you consider that 247 is ONLY 1.8% of the 13 524 confirmed cases, or to put it another way; 98.174% of people who contracted COVID-19 are still with us; it’s suddenly not so scary.

Ok, so granted, your odds of actually knowing anyone who has the COVID-19 virus are pretty remote, but surely if a lock-down can save a couple of lives, it is still worth doing? Well, yes and no. Because let us not forget that a Lock-down comes at a cost, and given that nothing like this has ever happened before in our history, no-one can truly predict just how wide-spread those costs are likely to be.

Since the start of our Lock-down, many world leaders have stepped forward and said that they grossly over-reacted to the threat of COVID-19. Many more experts, scientists, doctors and even Nobel prize winners have also stepped forward and said that a hard lock-down like ours, does more harm than good, not only from an economic point, but also from a health perspective. Allowing people to get infected with the virus, strangely enough, is the only way to build heard immunity against the virus.

Sweden, for example, is being lauded for their incredibly effective response to the virus. From what I understand, they basically isolated older and more vulnerable people, enforced and promoted some basic hygiene and allowed the virus to spread. This spread, and the high survival rate of the patients, allowed them to reach heard immunity rather quickly. Our lock-down is restricting the spread of the virus to such an extent that heard immunity is almost impossible to achieve. Yes it is counter intuitive to say that the virus spreading is actually a good thing, but although this would be political suicide, it is scientific fact.

It is also a well documented fact that mortality rates in a country, increases dramatically with increased unemployment and poverty. Unemployment and poverty are already massive problems for South Africa, and this Lock-down is going to make things MUCH worse. By the most conservative estimates, more than 2 million jobs are already as good as gone. People who have spent their entire lives building businesses are losing everything they have worked for to this lock-down and obviously that will leave their staff also unemployed. The argument government is making, is that your livelihood is not as important as saving lives, but as mortality rates prove, losing that many jobs, WILL result in many more deaths.

When you have highly educated, perfectly placed people like Dr Glenda Gray, chair of the South African Medical Research Council saying that the current strategy “is not based in science and is completely unmeasured”, you really should be asking questions about our lock-down regulations. In fact despite Anban Pillay saying that government has “adopted almost all of the recommendations” made by the medical council, Shabir Madhi, head of the Ministerial Advisory Comity, said that “The risk-adjusted strategy was never shared with us, it was presented to us the day before it was announced.” He added that, “There is a panic in the MAC that decisions (regarding lock-down) are being ascribed to us, but we have never seen them, we were not party to them.”

Now given that the experts government rely on to give advice on highly scientific issues such as these are not even being consulted on things as critical as the ANC’s Risk Adjusted Strategy, you should be hearing some pretty alarming bells in your head. But let me now mention something that is truly terrifying. South Africa can run in a number of ‘states’ if you will. Our normal state is what we had before lock-down, our current state is a State of Disaster and if things get worse we can escalate to a State of Emergency. Under our current State of Disaster, government can make changes to the rule of law, with ZERO parliamentary oversight. Now consider that even under a State of Emergency, there is still room for parliamentary oversight, you have to wonder why that isn’t currently required under law?

The last straw for me is the way in which the new lock-down regulations are being enforced. The nonsensical nature of the exercise rules for example, seems to be aimed more at creating opportunity to prosecute members of the public rather than protecting them. Every day I drive past HUNDREDS of people running at the side of the road on Baden Powell drive, the vast majority of them without any masks on. In the short video clip I shot this morning, you can see a few – but honestly I took my camera out too late because I had already passed the biggest crowd before starting the video. What makes this even more laughable, is that at the end of the video you can just see a van at the front of the queue of traffic with reflective chevrons on the back. I couldn’t see it at the time, but this was actually a Disaster Risk Management vehicle, driving past these blatant transgressions of the law – yet somehow arresting a dude who went surfing in Muizenberg was a greater priority. Another case of using law enforcement as revenue generation perhaps?

I don’t want to subscribe to any wild conspiracy theories, but you have to admit that given ALL the scientific evidence against a lock-down, all the damage it is doing to the economy and the fact that the law is being selectively enforced in such a way as to only prosecute people who would be able to pay the massive fines – You HAVE to ask if something more is going on here and we are simply having the wool pulled over our eyes. Saving lives is a noble cause, no question, but the lockdown is preventing a relatively small number of COVID-19 deaths, in exchange for thousands of deaths and massive hardship that will be caused by the destruction of our economy, not to mention the extra deaths due to heard immunity to COVID-19 being delayed.

In true government style however, they are experts at twisting statistics and facts to suit their agenda. If you tell people you are trying to save the lives of 13 524 people, they will support you, but if you tell them you are going to destroy the livelihoods of millions of people, you are going to take away their jobs and their ability to feed their families, you are going to strip them of their constitutional rights to freedom of movement, you are going to be as micromanegerial as to stop the people from buying a cooked chicken, all for the sake of preventing the spread of a disease that has, to date, infected 0.02% of the population and has a greater than 98% survival rate (even higher if you are not in one of the high risk groups), they should laugh you out of office.

The truth is there is NO excuse for this lock-down to continue any more, and given our ruling party’s well documented appetite for gratuitous displays of power, anyone not asking what the hell is really going on here, has been locked down too long to see what’s happening around them.