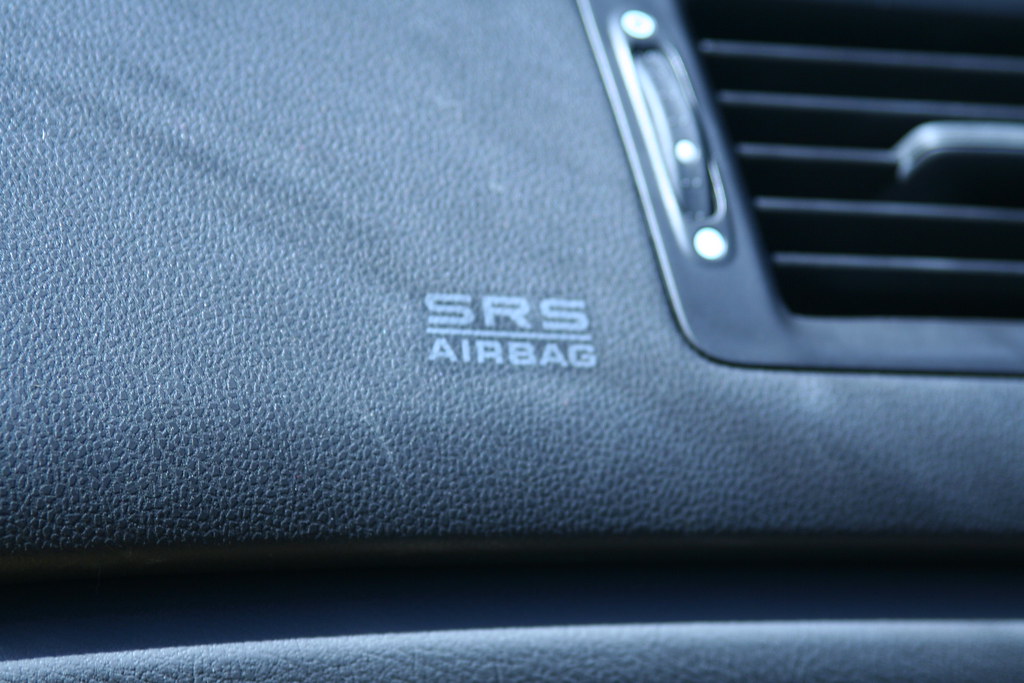 Seat belts first appeared as early as 1885 – They were used to prevent ejection from horse drawn carriages. Later they were also adopted by race cars and aircraft, but it wasn’t until 1966 when they were finally legislated to be fitted to all cars sold in the US. In the early 1970’s Ford started experimenting with airbags in cars, and General Motors soon followed suit, building a fleet of cars with airbags for testing by government officials – perhaps their motives were not as pure as they appeared?

Today it is almost impossible to buy a car without airbags. In fact most new cars have 6- 8- or even more airbags! Now despite the title, this is a GOOD thing – airbags save lives every day! However, since the vast majority of drivers have never experienced an airbag deployment first hand, its easy to become a little complacent and blasé about the balloons in your dashboard. For an airbag to be effective, however, it needs to be fully inflated almost instantly. It needs to go from a folded flap of fabric, to a fully inflated cushion in the time it takes for your face to travel from its normal position, just a few inches forward during the crash. I stress the word “During” because as I’m sure you’ve seen in videos, accidents happen in an instant, but the airbags need to inflate BEFORE it’s all over.

In order to do that, airbags have to deploy quickly – violently quickly in fact. To be honest, there is no better way to describe airbag deployment than a small, controlled explosion! Airbags cause countless minor injuries such as bruising and burns each year, but it is extremely important to remember – a few bruises and minor burns are always going to be far better than having your face impaled on the steering wheel or your knees destroyed by the dashboard.

I say again, airbags save lives! However, drivers and passengers, need to keep in mind that their cars are effectively fitted with an explosive device inside the dashboard. To that end it is perhaps important to re-examine the full name of airbags. They are actually called SRS Airbags, or Secondary Restraint System.

Being a Secondary Restraint System, means they ONLY work properly if the PRIMARY restraint system is being used. In other words, if you are not wearing your seatbelt, you could be thrown forward in your seat during a collision and end up hitting the airbag much faster than it was designed to handle, or whilst it is still inflating ,meaning that in stead of cushioning the blow, it punches you in the face. Luckily modern cars now have far more intelligent airbag systems with a number of checks in place to decide if the airbag will actually deploy or not, or even to what pressure it will inflate!

With a plethora of sensors a modern airbag goes through an entire health and safety check list before deciding to deploy:

Only when the computers can answer YES to ALL these questions and maybe even more, will the airbag actually deploy. But again it is important to keep in mind that not ALL cars have these safety checks in place, so driving in a car with airbags without a seatbelt on, could actually be very unsafe.

Likewise, passengers putting their feet up on the dashboard are taking a huge risk. Despite all the rumours and sensationalism available on the internet, most crash tests suggest that airbag deployment with your feet up on the dashboard, would NOT be fatal – however, a passenger would almost certainly sustain very serious, life-altering injuries. The airbag deploying from under your feet would force your knees outwards and upwards with enough force to break your pelvis, spine and ankles. You would also suffer pretty severe burns around your feet and lower legs. Depending on the angle of impact, you could end up hitting your knees with your face or chest, which would naturally cause its own list of horrible injuries.

Placing objects between yourself and the airbag is also a really bad idea. A laptop or tablet computer on the dashboard becomes a high velocity projectile being hurled directly at your head when the airbags deploy. Anything carried on your lap can also cause crush injuries when the airbag blasts those objects against your torso as it deploys. Cases where large handbags were caught between a passenger and the airbag have resulted in broken ribs, collapsed lungs and a number of other injuries, according to reports.

Obviously the dangers of airbags in cars with rear-facing baby seats is very well documented, so I won’t go into too much details. It is always important to check the instructions of both your baby seat and your car to make sure that your child is properly and safely restrained without any risk of being hit by the airbag. Most cars these days actually offer the option of disabling the passenger airbags for exactly this reason.

Airbags are the most dangerous safety feature fitted to your car, and for that reason they should be treated with respect! If you remain in a sensible seating position with your seatbelt properly done up, your airbags could save your life in case of an accident. Disregard the dangers and they could make things worse for you.