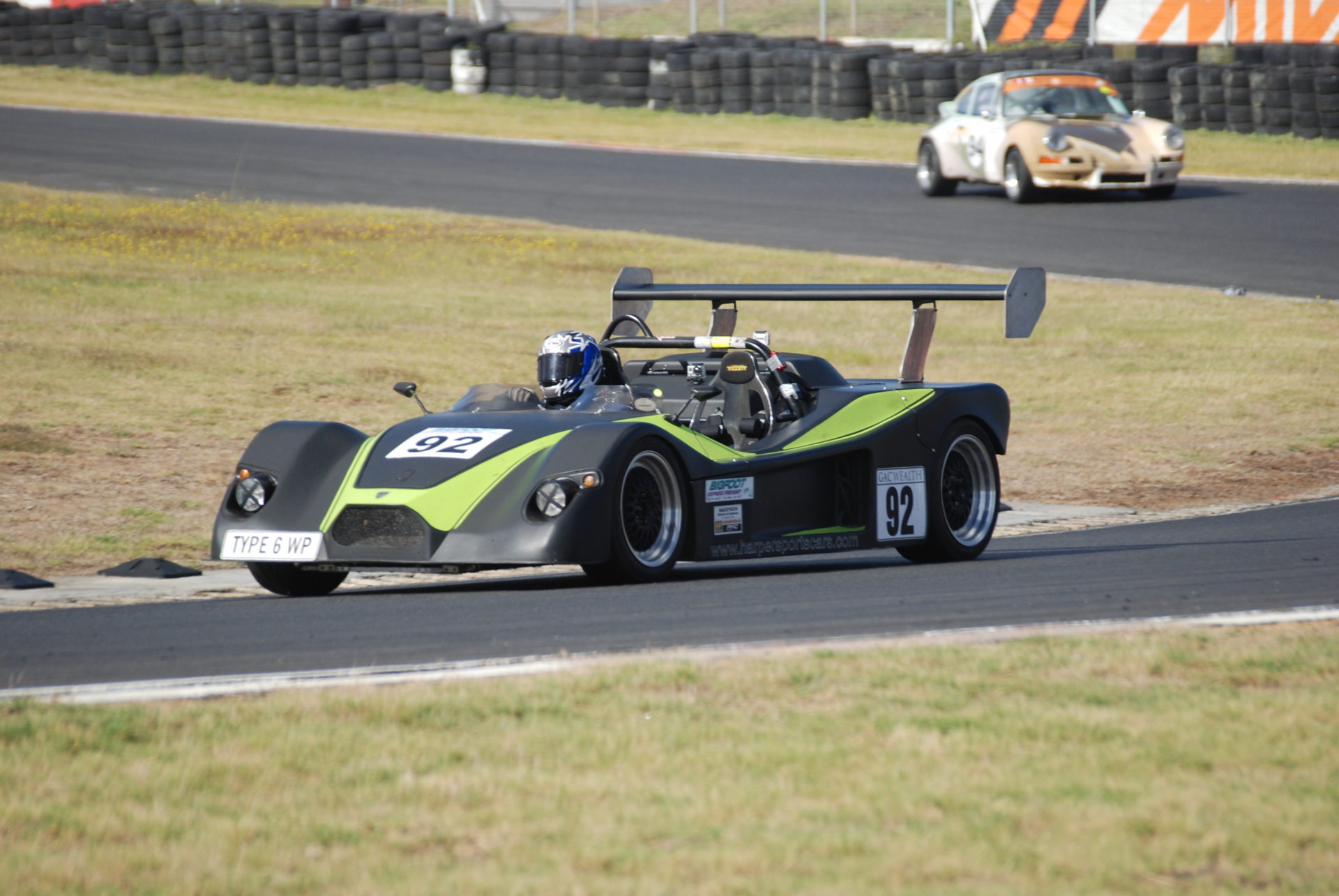 Today, exactly 7 years ago I started something that has caused, to date, so much frustration and hardship, it’s a wonder that I haven’t just given up on the idea completely…. it’s been close a couple of times.

The Harper Type Six, if you don’t know it, is a kit car designed and built in South Africa. Harper Sports Cars sits just outside Kommetjie, a small drinking town with a fishing problem. Craig Harper originally designed and built the Type-5 as his own road-legal race car, and in fact he still drives chassis number #1. Since then they have produced about 20 of these cars, of which only 3 are Type 6’s. The Type-6 looks pretty much identical to the 5, however under the skin it is slightly more “industrial scale”.

The Type-5 runs a rear-mid mounted, transverse engine, in most cases Toyota sourced, often turbo-charged, which in this lightweight package makes for lively performance. The Type-6 has an in-line mounted engine and trans-axle, in my case, the 1UZ Toyota V8 and the 6-speed manual Trans-Axle from an Audi. To my knowledge only one other Type-6 exists in this configuration and that car has subsequently been turbo-charged and currently holds lap records on its local track.

7 Years have passed since selling my beloved Birkin in order to finance the first phase of my Type-6 and STILL the hills of Somerset West have not echoed to the sound of many horsepowers.

This is why taking on project cars can be frustrating, trying, and in some cases futile. Look around the classifieds and you’ll find loads of unfinished projects for sale, because you never really know what you’re in for until you are in. To put that into perspective, the initial quotation for all the parts needed to build my Harper was around R 220k. At that rate, and my budget at the time, I should have been able to complete the car in a little under 3 years. South Africa’s economy death spiral and a very expensive ex-girlfriend later – I’m currently into the car to the tune of R 310k with roughly another R 80-100k left to spend before I can complete it. One of many problems with a project car is, your natural unwillingness to compromise – the mentality that says, if I’m going through all this trouble, I might as well go big!

So does this mean that my half-finished project is destined for the back of the classifieds? No! I am absolutely determined to finish this car.

If I may get a little personal here for a second… I have a brain that is both a blessing and a curse. I have brilliant ideas, but struggle to motivate myself to follow through at times; I get bored EXTREMELY quickly. This project isn’t just about building an awesome car any more. It’s not just about going on epic drives or playing on racetracks any more. It’s about proving to myself that I CAN DO THIS! I know that technically I can’t afford it, and I know that at the end of the day, a toy like this is a terrible investment, but for the love of it, and for my own sanity – I have to get this build done somehow!

So my amazing wife has brought her, quite frankly, superhero-like organizing skills to the table and she has worked out a budget that actually allows for money to go into this project. It’s an uphill battle, but one that we are finally seeing an end to.

Project cars are always going to be ‘bad decisions’, but the satisfaction of making progress, or better yet, actually reaching the end of the line and being able to drive it, makes it all worth it. The trick is just to understand from the start that at some point, costs WILL spiral out of control. At some points the parts just WILL NOT fit together like they’re supposed to. At some point your other half will want to kill you for obsessing over the pile of scrap metal and parts in your garage. But here’s to the day you get to turn that key – here’s to the guys driving around in their dream cars because they finally did it!

If you guys need me, I’ll be in the garage.