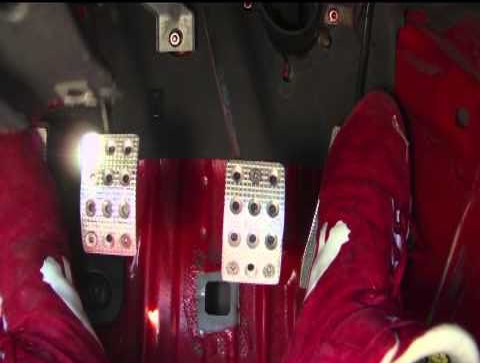 So in our first installment of Let’s Get Technical, we discussed the 4-stroke cycle and how exactly that noisy lump in the nose (or tail in some cases) of your car actually works. So today we’re going to take a brief look at how you actually control it! (If you haven’t read that first installment, please do so HERE, as the rest will make much more sense if you understand the basics of how an engine works.)

Obviously, if you want to make the car go faster, you step on the accelerator pedal and whoosh! Off you go. But what actually happens to make all that possible? The popular narrative seems to be that stepping on the loud pedal, pumps more petrol into the engine, making a bigger bang and therefore more power. Now, although that is “somewhat” true, it’s not actually as simple as that – in fact many people would be extremely surprised to learn that the throttle pedal, actually has NO direct control over how much fuel goes into the engine.

For simplicity, we’ll look at a fuel injected engine today and handle carburetors another time.

In its simplest form, a fuel injector is kind of like a squirt gun for petrol. It sprays a fine mist of fuel into the intake, or in some cases, directly into the cylinder. They are controlled by a small computer, called the ECU, or Engine Control Unit (AKA Engine Management System). When your engine is running, the ECU takes readings from sensors in the engine, and the exhaust of the car to determine how much fuel to inject, and it tells the injectors how much fuel to inject by telling them how long to operate for (we’re talking a few milliseconds here).

What this means is that the driver, technically has NO CONTROL over how much fuel is injected into the engine, it is all determined by the ECU, based on information gathered from its sensors. What the driver DOES control is the airflow into the engine.

You see your throttle pedal is connected to a big butterfly valve inside the air intake, and all it actually controls is how much air is allowed into the engine. The more air enters the engine, the more fuel the ECU will allow the injectors to squirt and the more power the engine will ultimately produce.

And that, in a nutshell, is how we control the power output of our engines! Post your questions in the comments, or let us know what part of your car you would like to understand better – we’ll do the research and write it up!