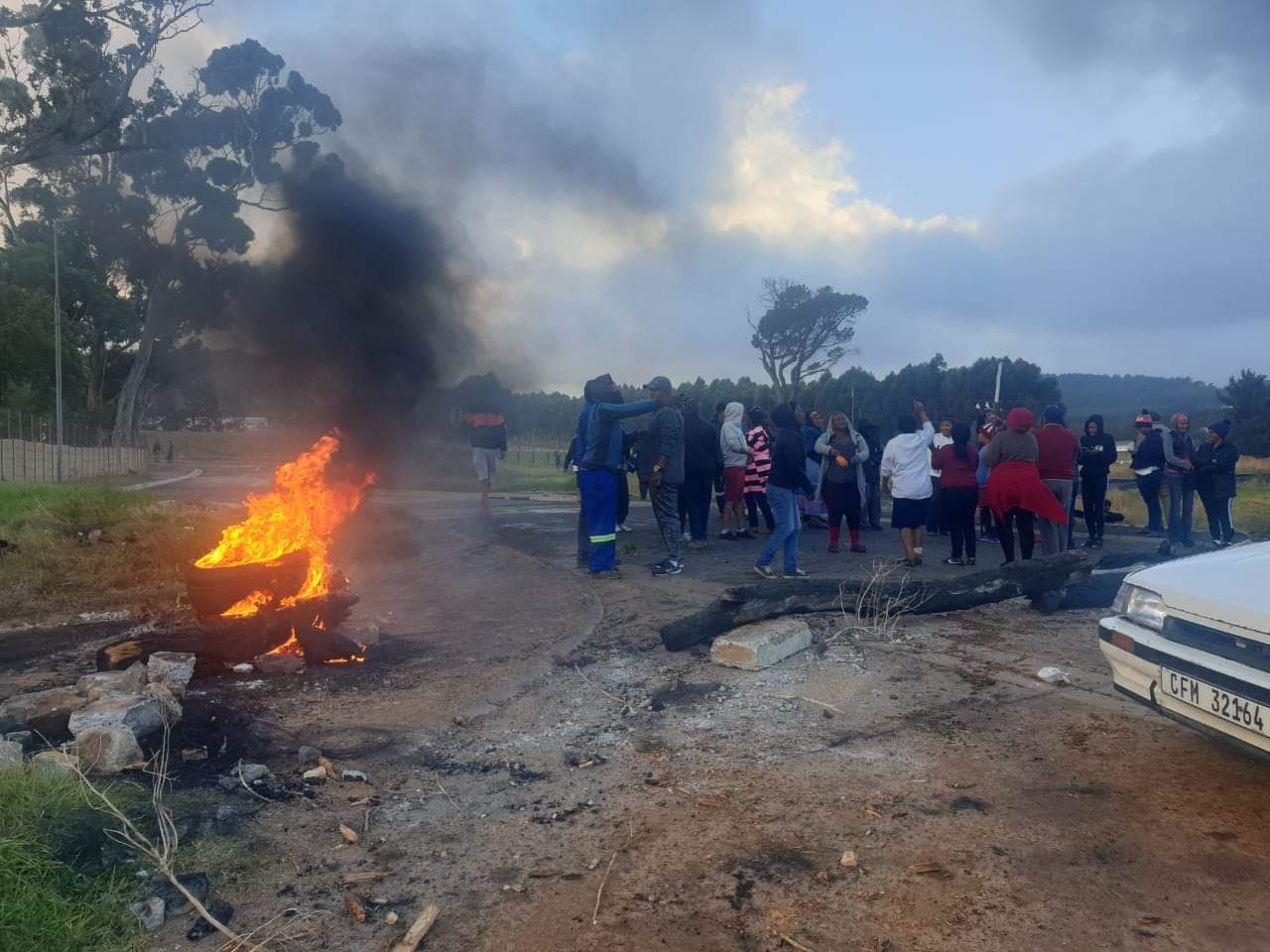 ”
the unlawful use of violence and intimidation, especially against civilians, in the pursuit of political aims.
“

Last week I was driving to work, minding my own business when suddenly a group of “protesters” came running out of the bushes and starting throwing rocks at my car. Having swerved to avoid them, I carried on to find another small group about 2km down the road also lining up to stone me for the crime of driving to work. Having lost my cool at the first group I lined up my Isuzu truck and floored it! Their intimidation tactics not having the desired effect, the miscreants unloaded their arsenal of geological samples and scarpered for the nearest bushes.

This weekend, I enjoyed a fantastic, relaxing weekend in the sticks with my family. On our way back we were informed that driving back on the N2 was ill advised since violent protesters from Sir Lowry’s village had been stoning cars and blocking the roads in the area. This effectively forced us to either take a chance and risk damage to our vehicle, and/or ourselves, or take a massive detour to avoid that area… we opted for the latter.

We have friends and family living in a private estate a few kilometers from Sir Lowry’s Village, whom have all been effectively held hostage inside their estate for the past week as protesters blocked ALL the roads in and out of the area with rocks and burning rubble. Protesters even managed to gain access to the estate with the aim of causing property damage and looting the houses in the estate. Thankfully Police and Security officers managed to remove them before they managed to do much.

It would seem that living in the Western Cape during election season means that driving becomes a little more interesting, and a lot more dangerous at times. I’m not blaming the ANC, but it is slightly suspicious that the DA-run Cape suffers a torrent of violent protests every election season! It also doesn’t help that many of the protesters are reportedly not even locals, but groups of people that have suddenly come into these affected areas and started making trouble.

These protests cause immeasurable damage and cause endless frustrations, especially since it is very rarely clear what they are all about or who the perpetrators really are. My question is not about any of this however.

I love the fact that we live in a democratic country and that our constitution protects our rights to protest if we ,as a people, are unhappy. However, if you look at these “protests”, and you measure them against the dictionary definition of terrorism – What is the difference?

My question therefore is directed at the DA, and the SAP, and even our military. Why is it that these protesters are free to do what they are doing? Why is protecting their right to “protest” more important than protecting my constitutional right to freedom of movement? When their protests are conducted in such a violent way, specifically targeting innocent civilians; When their “protests” more often than not are more about causing damage and looting innocent parties, rather than actually trying to make a point; Why are they not being treated as terrorists? Are politicians so scared of political fallout that they become paralysed? Is that why they have failed to protect the law abiding people who are not hell-bent on destroying everything in sight until their demands are met?

Many thanks to Maira van Leeuwen for providing the photographs of the terrorist action in Sir Lowry’s Pass village. Sources will be credited if they come forward.