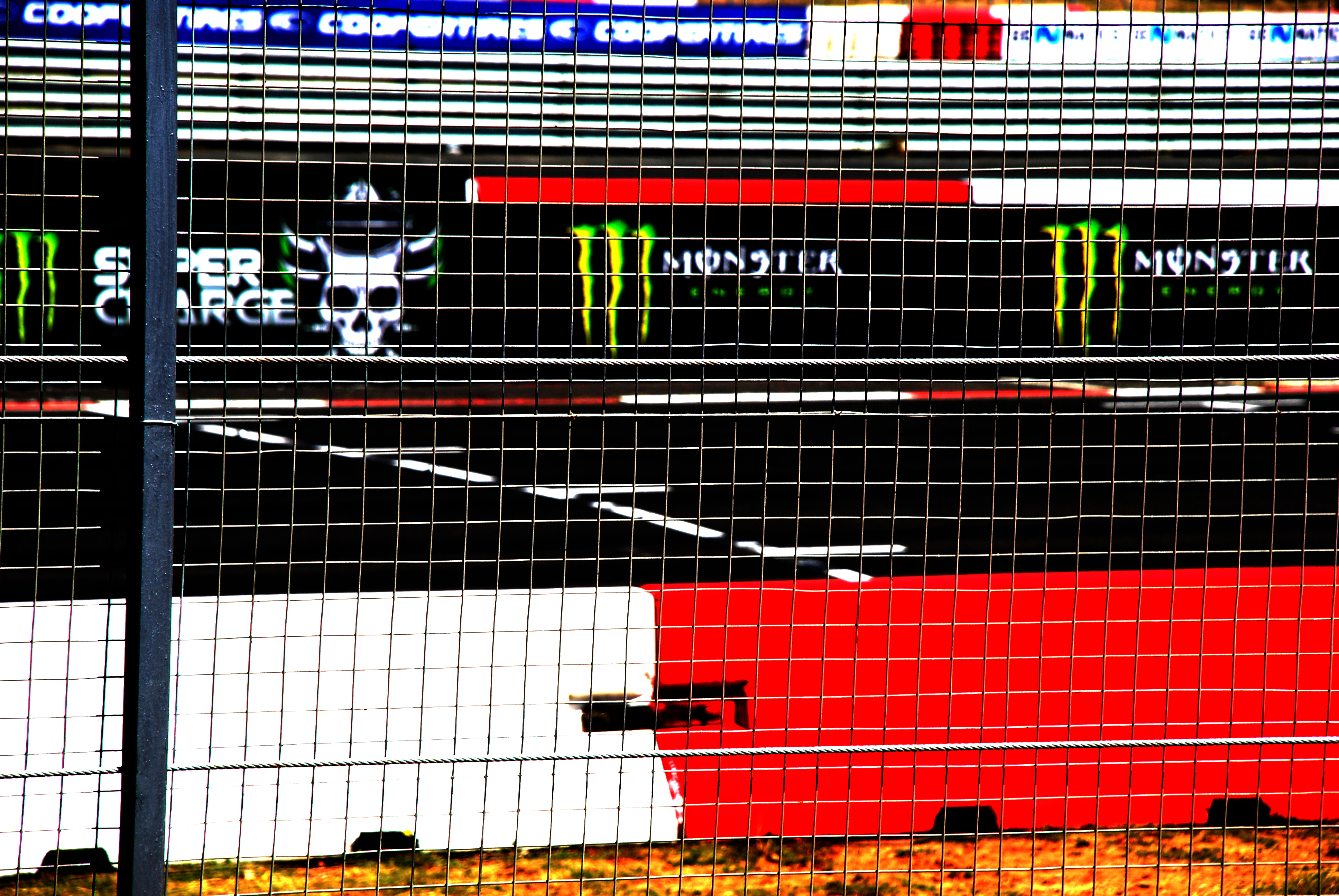 First of all, I’m really sorry this post is so late, but you know, some of us have day-jobs and stuff that pays the bills and we can’t just spend all our time blogging…. much as we’d love to!

In 1997 the computer game Carmageddon was released, and people went crazy for it! Close racing in cars with all manner of weaponry affixed to them – if you can’t beat your opponent, just blow them up! The levels of carnage and action made for one of the most exciting games on PC.

Rallycross has to be the Carmageddon of the racing world. So much so, that I swear there is a meeting at least once a year to discuss adding guns to the cars! It is actually that insane!

This year we decided to do things a little bit differently – The wife and I teamed up with the guys from Harper Sportscars and rented a house in Milnerton so we would only be 10 minutes from the track. This turned out to be one of the best decisions we could have made! Traveling to and from the track was made so much easier by the fact that we didn’t have to drive an hour to get there, and using Uber, we even avoided having to look for parking – and got dropped off right at the gate! Not to mention the pleasure of hanging out and braaiing with 2 of Cape Town’s coolest petrol heads from Harper Sports Cars.

The entry procedures were MUCH easier and smoother than last year, so big props have to go to the event organisers and the fine people at Killarney International Raceway for smoothing out the entire process to the extent where we NEVER saw big queues or traffic jams. As per last year an incredible number of temporary structures had been erected all around the WRX circuit, which for seasoned Killarney visitors, is set up between turns 2 and 3, using sections of the infield for the ‘off road’ portions of the track. Food venders were also plentiful and spread out around the entire circuit, meaning you never had to walk more than 100m to grab a Coke and a Burger before the next race – and because the venders were so plentiful, you didn’t hang around for hours waiting to be served. It’s also worth mentioning, that unlike a lot of sporting events, the food and drink prices were actually very reasonable.

Killarney’s Rallycross circuit hasn’t changed layout from last year, however some upgrades to the curbs and barriers meant that this year saw far fewer tyre failures compared to last year. This kept racing close and action levels at an all time high!

Standing next to the track, it becomes eerily clear, just how skilled these drivers are. Since the cars have quite compliant suspension for the rougher sections of the track, you can see how the drivers shift the weight of the car around in order to get grip to the wheels they want; a dab on the brakes as you turn in to make the fronts bite, stabbing the throttle to shift weight to the back for traction and the subtle left-right flick to make the center of gravity shift outside the car’s footprint and make it slide around the longer bends on the track. The cars appear to be “floating” as they go around the track, because they are literally being driven right on the very edge of traction. Or to put that another way, if the average speed of the car around the track is 100kph, the average wheel speed is probably around 150kph!

To say the racing is exciting is an understatement! Even though the championship had already been decided, every single driver on that track drove like it was ‘winner takes all’. Even though there are only 3-6 cars on the track at any given time, and each race is only 4 laps, you see more overtaking in one race than you do in an entire F1 season. And when I say overtaking, I don’t mean gliding past a car on the straights because you have DRS, I’m talking about hairy-chested ballsy moves where they dive up the inside and hope both cars fit, or sling it around the outside praying that it sticks! You never quite know what is going to happen!

One of the things that struck me, and the rest of the crowd, is an apparent drive to carry on and finish the race. I’ve never seen anything like it. Car gets smashed going into turn one and loses a wheel… does it pull over to the side and call it a day? Hell no! That car ends up fighting for position towards the end of the race! We saw one particularly determined VW Polo driver completely roll over, and without a second’s hesitation hook second gear and charge down the finishing straight! Not a single ounce of quit was to be seen from any of the competitors.

I’ve said it once, I’ll say it a hundred times more. Rallycross is one of the best forms of motorsport in terms of spectator value, in the world. It is just completely insane adrenaline fueled madness in little hatchbacks with way too much power! The noise, the dust, the contact, the racing, the skill the sheer spectacle of it all – there is just nothing else like it! Book next year’s dates in your calendar now – no more excuses – if you are even slightly into cars or racing, you HAVE to be at next year’s rallycross!

Along with the rallycross action spectators were once again treated to an excellent display of car control from Jason Webb in his Monster Mustang Drift car, as well as an air display by the pride of the South African Airforce, the Silver Falcons Aerobatics team. Unfortunately their display was cut short when the knuckle dragging half-wits in the Mavricks banner planes came crawling into their airspace. The Falcons tried to return the following day for a second, longer display but I suspect after going to Mavrics to tell them off, they got distracted and spent the entire airforce’s budget on lapdances, thus the second day’s flight was cancelled.

At the end of the weekend, we were covered in sweat and dust. We were exhausted, but couldn’t wipe the smiles off our faces. It was quite simply the best display of motor racing I have ever seen, and if this trend continues, next year promises to be even better!

AN ABSOLUTELY MASSIVE SHOUT OUT AND HEARTFELT THANKS HAS TO GO OUT TO THE PEOPLE AT KILLARNEY INTERNATIONAL RACEWAY FOR THE INCREDIBLE JOB THEY HAVE DONE WITH THIS EVENT AND OTHER EVENTS ON THEIR CALENDAR. Please go and support them, attend some races or one of their excellent open track days! We NEED to support excellent facilities like this! Keep your racing off the street and on the track!