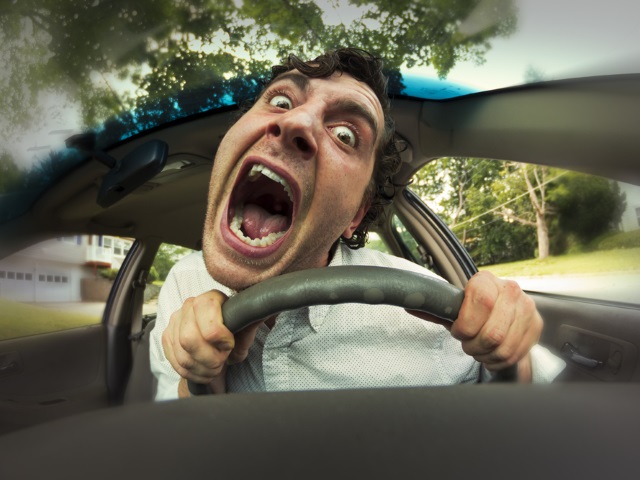 Have you ever noticed how certain groups of people, are attracted to certain brands or types of products? 20-30-something year old Gym bunnies are likely to be attracted to sportswear, energy drinks and dietary supplements. Musicians are more likely to spend their money on musically themed reading materials, high-end audio equipment and perhaps ‘herbal inhalants’. Likewise professional footballers are powerless to resist ostentatious and vulgar houses, anything that sparkles and a very particular type of car – usually rubbish – but it makes a big statement.

Today I wanted to write something that tries to explain one of my most offensive character flaws…. and I have many. I have a very real tendency to judge people, based on the type of car they drive. And I’m not talking about “you drive a crap, old rust bucket therefore you are a lazy poor person who doesn’t want to work”… I know not everyone out there can afford to drive Ferrari’s and Porsche’s, but what a world that would be! I’m talking about people who could afford something else, but buy their car as a deliberate, specific choice. In other words, I am far more likely to say something like “you drive a Prius therefore you are an uninformed, pretentious ass-hat.” -Harsh? Maybe, but let me explain.

It is a very well known fact that most products are developed for a target demographic. It makes sense! You wouldn’t spend money creating a product for an audience that doesn’t exist, or you would be out of business fairly quickly. Likewise, cars have very definite target audiences, or demographics. Some cast a much wider net while others try to fill a more specific niche – sometimes to an absolutely laughable extent. For example the 2003 Honda Element was specifically designed for a 22-year-old male, living in North America who is currently at college, but not in full-time employment and probably still living with his parents… Pretty specific! Of course the Element completely failed to speak to its target audience but somehow found popularity in unexpected demographics, mainly dog owners. Honda’s failed attempt to recapture a market they had previously excelled in aside, there can be no argument against the fact that car makers are building cars for targeted audiences – to ensure that their brand has something to offer a group of people that other brands might not cover fully.

Whatever car you happen to be driving, says something about you as a person. It is the very basis of on-line shopping sites’ suggestions at the bottom of the page – “customers who liked this also bought….” Whatever car you buy is going to say something about your preferences, and therefore something about who you are. There are obviously going to be exceptions to the rules and there will always be people who buy cars ‘on paper’, who do not always fall into the molds of the target audience. However, this is where something truly remarkable happens. You can take the nicest, most placid person in the world and put them into a BMW X5 and they are suddenly transformed into an egotistical maniac who has a genuine NEED to squash lesser mortals in their hatchbacks who dare to stray into MY lane!

You see as much as a car choice says something about your personality, cars themselves have a personality too – a carsonality if you will. Sometimes a car might not be specifically targeted to a specific person, but something about that car’s carsonality resonates with that person in a way that causes the driver to adopt the car’s personality. I have seen this happen so many times to myself! My driving style changes completely depending on what car I happen to be driving.

For example, my every-day work bakkie (pickup for my friends in the UK), has quite an angry personality. The “Beast” as we call it, rides harshly, has a noisy but powerful V6 and makes me want to ram people out of the way. On the other side of the spectrum, my wife’s ix35 is probably one of the most relaxing cars I’ve ever driven. It doesn’t like being pushed and so you kind of cruise around enjoying the silence or excellent stereo quite content with the world and cool as a cucumber.

This breakthrough observation has allowed me to adapt my driving style to match traffic around me, and believe it or not, has made me a much happier and peaceful person behind the wheel. I’ve always been a very ‘considerate’ driver, allowing other drivers to pull out in front of me with a flash of the headlights or a wave of my hand. I’ve always believed that giving someone a gap now, will come back to me when I need someone to give me a gap in traffic. However, with this new knowledge of carsonalities and automotive psychology, I have changed this approach.

Sometimes the car maketh the driver!

You see, I have another very long-held belief that to be truly great at something, you have to love it. I hate cricket, and I’m pretty useless at it. On the other hand I really enjoy shooting, and although I’m a little out of practice, I can still hit a target pretty accurately. By that token, I truly believe that people who do not love cars, can not be great drivers, and on the flip-side of that coin, generally speaking, petrol heads make the best drivers.

This is why I no longer give people gaps in traffic if they drive some crummy rot-box that no self-respecting petrol head would ever be seen in. Chances are they are not a ‘driver’ in the true sense of the word, and if I do let them out in front of me, they are 900 times more likely to annoy me than someone driving something that indicates that they are in fact a keen driver.

Someone in a BMW M3 is unlikely to take a gap when offered and then spend the next 50 miles pootling around in front of you at 30kph… whereas I have let someone in a Peugeot out of a side-turning who then crawled around in front of me for a while, before stopping dead in the middle of the road to pick up their phone, then put the car into reverse and tried to do a U-turn on a one way street. When you’re on the highway and there is someone sitting in the right-hand lane at 119kph refusing to get out of the way, it is unlikely to be someone in a Subaru or a Porsche, it is far more likely an SUV or a Bakkie (pick-up truck)… specifically a Land Rover Defender, for some reason they love sitting in the right hand lane holding up everyone behind them… probably bewildered in amazement that they haven’t blown a head gasket and spewed oil all over the road surface yet.