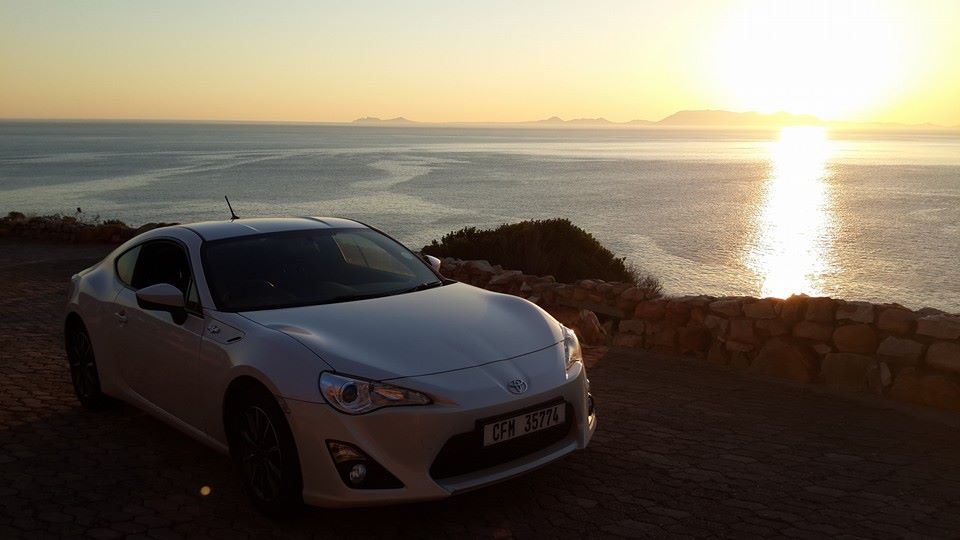 I have been accused of many things. I have been told I can be very negative. I have been told my fuse is too short. And I have been accused of changing cars almost as often as some people change their underwear. As such I have been very lucky to own some truly awesome cars. Some of my favourites include my Ford Bantam, Ford Granada, Mercedes SLK55 AMG, Honda S2000 (x2), and I’m sure my current Jaguar XJR will also leave its mark when the time comes to move on. My last post told the story of the worst car I’ve ever driven, but if someone asks me what the best car is I ever owned I would have to say it was my (second) Honda S2000 – BUT there is a very very tight battle between it, and what is to me, the unsung hero of the car world.

For about 2 years I owned one of the first Toyota GT86’s that came to South Africa, and I loved it! Throughout its ownership however, I always wished it was convertible, and maybe just that little bit faster…. in fact I kinda wished it was a Honda S2000! So obviously when I sold it, I bought my second S2000 and the rest is history! It would seem then, that there is a clear winner in my heart between the 86 and the S2000, but unfortunately life isn’t quite that simple and in an ideal world, where my garage had infinite space, and my wallet knew no limits, I would have to own both!

The Honda is superb, and I have always said that even though it is not the fastest car in the world, it is superb fun to drive. The balance between the power that it has and its handling seems to be just perfect. The 86 is often slammed for not having enough under the bonnet to make it exciting. At times I would agree and at the same time I almost want to say no – it has just enough.

You see when choosing between these two great sportscars, it comes down to how much of its ability you can actually use on the road, and in that sense, the 86 actually has the S2000 beat! The 86 is easy to drive, and more importantly, it is very easy to drive at the edge of its grip. When it does let go, you can hold it in endless power slides, or simply correct and be on your way. It lets you feel what it’s like to drive a car sideways, without scaring seven shades of excrement out of you. The S2000 on the other hand, has lots more grip in its tyres, and quite a bit more power. What this means is that when the S2000 does let go, it does so VERY quickly, and if you’re not awake, it will bite you. This makes you drive the S2000 with a lot more respect than you would pay the 86. I am of course talking about driving both cars with the traction control turned off – but then my S2000’s were both pre-facelifted AP2’s so they had no traction control, which is why on one rainy day I actually spun my S2000 simply turning at a junction. I wasn’t even going very fast, but the Honda’s back end needs to be caught very quickly if it slips away, and I simply wasn’t expecting it to go at that point.

By contrast, the 86 can be exploited to its very limits on the road. The skinny tyres might look pathetic compared to other sportscars, and the power outputs might be put to shame by even a modest hot-hatch, but at the end of the day, you can take the 86 around a corner at 40kph and get the back end to step out and slither it about in a smoke cloud of its own making, at relatively slow speeds, but having so much fun the speed doesn’t matter. The 86’s “slowness” actually becomes an asset when you are throwing the car around like a lunatic. You can do all this crazy sideways cornering at speeds that are not at all intimidating.

The S2000 therefore is a fantastic sportscar, but it is a little bit scary when being driven to 10/10 on the road. It’s much happier at around 8 out of 10 unless you have an entire racetrack to play around in. The Toyota can be driven at 10 out of 10 every second of every day, on any road, and you will simply get out at the other side with a massive smile on your face. The S2000 remains my favourite of all time, but the 86 is actually more fun in the real world, because you can use ALL of what it can give, more of the time. I love both cars, but I love the concept of the 86 even more. A car that is designed specifically to be fun for the driver… it sounds perfect, and it almost is!