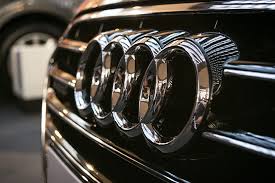 I don’t get skinny jeans. Regular jeans are constrictive enough and quite frankly not the most comfortable garment in the world…. so when you find a pair that is quite comfortable you hang on to them for dear life and wear them until they literally fall apart. So I can only imagine how uncomfortable skinny jeans must be! But they are fashionable and far be it from me to judge those who have made such a strong commitment to their looks and image, that they are willing to trade their ability to reproduce normally for the sake of looking good. I personally, don’t get it though. I would much rather buy the baggy jeans that give me enough room to actually fit all of myself into them without having to squeeze my man bits together and without having fabric chafing off every leg hair between my hip bone and ankle.

It would appear though, that this culture of image over substance has filtered down into the way that people are buying their cars. Call it prejudice if you like, but I have never liked Audi’s – to me they are the skinny jeans of the car world. Yes they look super cool and to be fair, they are not terrible cars – BUT, I can not justify their price tags or ignore the fact that none of them are even nearly as good as their competition from BMW and Mercedes-Benz.

The great big elephant in the room that Audi would never put into their brochures however, is that most of their cars are based on the mechanicals of VW products. So to make the comparison a little clearer for you, here are a couple of examples of Audi models, the VW’s they are based on and the price difference between the 2 cars:

Just to be clear, the price comparisons are based on the ‘entry level From-‘ prices as advertised on the Audi and VW websites. There are also many more shared platforms throughout the range, but I have tried to pick the most popular models here.

Now one could argue that across the board, the Audi’s listed above are nicer cars than the VW’s they are based on, but at the end of the day, from behind the wheel, they are extremely similar to drive, and fairly similarly equiped – some models even share engines and drivetrains. The Audi has nicer looks, better interiors and flashier features like animated LED indicators, but from the driver’s seat – they are the same cars as their VW counterparts.

The problem I have is that the price gaps between these cars are massive, and yet the difference between the cars is negligible, in fact with VW constantly upping their game, the gap between the VW and Audi products has been shrinking for years now! So you get to a point where you have to ask how they justify charging as much as 130k more for the equivalent Audi, over the VW. The only logical explanation I have managed to come up with is… because they can!

People who buy Audi’s buy the image, not the car. They buy into the whole idea that for some reason the world will think I am cooler because I drive an Audi. This also explains why second-hand Audi’s don’t do as well as their VW stablemates. Audi drivers love telling their mates that they’ve just bought a brand new Audi, but “I just got a great deal on a used Audi”, somehow doesn’t quite portray the image that the car is all about. Alternatively, buying a second-hand VW doesn’t quite have the same stigma attached to it, so they hold their value much better.

It is usually at this point where the Audi enthusiasts try to redeem themselves by saying, ‘yes but Audi have their performance models that are much better than the VW offerings’. Yes, some of the S models and RS models do have bespoke suspension/brake set-ups that are not on offer in VW’s product ranges, BUT it is important to note that ALL of Audi’s performance models are All Wheel Drive. For some reason people in general believe this is a good thing, and in certain situations it can be. However, in a performance car, a car that’s supposedly designed to be fun to drive, all wheel drive is an overweight hoover, sucking all the fun out of it. Not only does it add unnecessary weight to the car, but by sending power to the front contact patches, you are borrowing some of the available grip in the front tyres for propulsion, so not all of it can be used for steering and braking, or to translate it into normal English – it makes the car understeer. Audi have to do all kinds of engineering magic tricks in order to help curb this understeer, adding even more weight and complexity to the car. Audi have gotten really good at curbing the understeer of AWD cars, but unfortunately they still have to live with the simple laws of physics and an AWD car will ALWAYS tend towards understeer – FACT.

I remember when the second generation Audi TT came out, how excited people were, because finally the TT had the handling and performance to go with its fantastic looks. So naturally I went to test drive it. At the time I was driving a VW Golf V GTI – the very car that the TT was, and still is, based on. I drove the 2.0TFSI version of the TT, making it mechanically exactly the same as my GTI, except for the fact that the TT was fitted with Quattro. I walked away from the experience very disappointed. The TT definitely had more traction than my front wheel drive Golf, but it felt quite a bit slower, and a lot less dramatic somehow. It was a lovely car to cruise around in, and a very nice place to sit, but non of it was even slightly exciting. The GTI is by no means the best driver’s car in the world, but it was miles ahead of the equivalent TT.

Audi do make some stunning cars, there is no denying it, but I simply can not justify paying SO much more money to have an Audi badge, when I could save all that money and buy a car that exactly the same to drive, baring a VW badge. Not to mention the fact that when I’m done with it, I’m more likely to get more of my money back when I sell it. And let’s not forget that Audi’s options list is massive, and none of the options are cheap, or even reasonably priced! Given that your choice of car is probably one of the biggest investments you will ever make in your life, I can’t understand how so many people opt for the expensive Audi, when the equivalent VW is clearly a much better purchase, especially when you consider that most of Audi’s R&D is paid for already thanks to VW… I just can not justify the cost of the Audi range, and I don’t understand how their owners do…. So please tell me in the comments – I am inviting your hate-mail!!!! Explain it to me because it just doesn’t make any sense to me.