C Minus… Could do better… 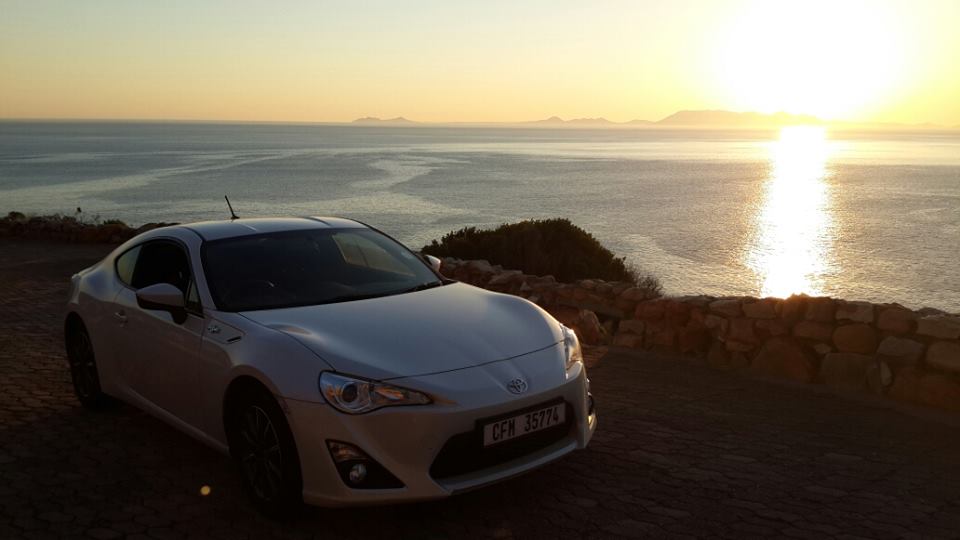 Sometimes you drive down a road in a part of the country you don’t really know very well and come across a sign for a restaurant. It’s lunch time, you’re on a road trip and not rushed at all. So you decide to go in and check it out. The menu looks promising; wood fired pizza’s, Steak grilled to perfection and a Creme Caramel on the desert menu calling your name. But then the food comes out and the pizza looks like it was used to START the fire, the Steak is suspiciously shaped like a donkey’s arse and it is painfully obvious that the Creme Caramel comes from a packet. All the ingredients of a great meal were there, but for some reason they just got it completely wrong.

I was driving home from work a few days ago and spotted a car I’ve always enjoyed looking at, but can’t help but feel it deserved to be better. It had all the ingredients to be a great car, but for some reason they cocked it up and we ended up with something that’s just mildly disappointing. So I decided I would try to compile a list of cars that simply deserved to be better than they turned out.

In making this list, I noticed, rather worryingly, there were quite a few cars that I have actually owned in the list! Be that as it may! Here is my list of 10 cars that deserved to be better than they ended up being – in no particular order.

The Peugeot RCZ looks like a superb little mid engined sportscar that could take the fight to Lotus’s Elise and Exige. Sadly it’s not mid-engined, or even rear wheel drive. It’s based loosely on the underpinnings of the 208, which makes it slow, front wheel drive and pretty terrible as a driver’s car – but it looks fantastic and it deserved to be so much more than it turned out! First on the list only because it is the car I saw on my way home, thus inspiring this post.

Alfa’s GT was offered with a couple of engine options, only one of which you actually wanted, because that Alfa V6 is a thing of beauty, even if you just take it out of the car and look at it! The trouble is that it didn’t really deliver the power this car needed. Even if it had the horsepower, the GT was front wheel drive and with looks like these, it really deserved to be rear wheel drive. I genuinely wanted one of these cars when they came out, but couldn’t bring myself to put up with its sub-par driving experience for the sake of its amazing good looks.

The first time I drove a 350Z I was convinced that there was something wrong with the example I was given, that is how far below my expectations it performed. At a later stage I had the chance to drive a convertible version, which, if anything, was even worse. Looks are subjective, but I thought the 350z was a good looking car and the spec sheet made all the right claims, but the car never felt like it could live up to its claims because my only memory of the car is how heavy it feels. Sportscars should be light and nimble, but this wasn’t. It felt like you were driving a sports-bus. What makes things worse is that you can’t really tell where the extra weight comes from, because everything feels pretty flimsy. The entire interior is an ocean of cheap black plastic and it’s not even put together very well.

I only drove this generation of Civic Type R once, and I was very disappointed, following the hype that I’ve always heard about Type R Civics being so great. The truth is, that Honda dropped the ball on the 3rd generation car by not giving it enough power, and trying to make building it cheaper. To make it cheaper, they gave it terrible suspension, and this remains the most uncomfortable car I have ever driven! The ride is absolutely brutal and I simply can’t believe how many people were willing to live with it on a daily basis to drive this car. Added to the fact that the car just felt really slow for something that claimed to be a performance model, and I have to say that I was expecting more. I will say this for it though – it still has one of the coolest looking interiors of any hot-hatch ever!

Speaking of Honda, I actually owned one of these for a while. Often claimed to be the underrated hero of the saloon market by car critics the world over, the Accord is actually a really good car. But it could have been SO MUCH better if Honda had just thought about it a little harder. In South Africa we only got the 4 cylinder versions of the car, which weren’t bad, but when you are building a car that oozes comfort and sophistication on the inside, you don’t want to have to wait for the V-Tec to kick in at 5000 rpm before the torque is available. You want more low end grunt and the only way they could have done that would have been by giving it a nice V6 with a few more cc’s. The suspension was also set up a little too harsh, which meant the comfortable cruiser this car wants to be, wasn’t quite as comfortable as it should be.

Another car I actually owned… in fact the picture above is of my car on Clarence Drive. The 86 is exactly the kind of car I approve of! When a manufacturer says, we’re not going for record-breaking numbers or all-out speed over everything else, we’re building this one to be FUN. Sportscars don’t have to be fast, but they HAVE to be fun. And this car is, it really is. Everything about it makes it an absolute joy to drive and I loved this thing very nearly as much as my beloved S2000. BUT despite what Toyota said, despite what its most avid supporters said and despite even what I said on occasion when I owned it…. It just needs a bit more power. The chassis can clearly handle a bit more oomph under the bonnet and it would have made the 86 damn near perfect! Why they never made a hot version of it is beyond me!

Quattro, AWD, 4-motion, 4matic, xDrive – no matter what a car maker decides to call its four wheel drive system, NONE of them belong on a sportscar. There seems to be a widely held belief that AWD systems give you more grip, and I don’t know where it comes from because it’s complete rubbish. AWD gives you more traction, but no more grip. They are easier to drive, because they tend to ‘self-right’ when the grip runs out and talentless drivers are probably better off in something with AWD, but unless you are looking into hypercar territory where the horsepower is simply too much to put through just 2 contact patches, you really shouldn’t want AWD in your sportscar. ALL 4 wheel drive systems cause the car to understeer at the limit. And as any petrol-head worth his octane will tell you, understeer is the devil. AWD adds weight, complexity, cost and removes fun, performance and fuel economy… just be rid of it.

They say there are only 2 countries in the world where people take the badges off a brand new Mercedes. South Africa and Holland – in SA the badge is taken off the E200 in the hopes that everyone would think it’s an E 500 – In Holland the E 500 is stripped of its badges with the hope everyone would think is a 200. In fact I’ve seen people go even further here, putting M-Power badges on their 316’s or AMG badges on C180’s and C200’s. I’ve never understood this, because the only kind of person who would care whether its an AMG model or not, would be able to take one look at the rest of the car and KNOW it’s not an AMG. Badges and small-man syndrome asside, buying the entry level model is not just embarrassing, it also sets you up for disappointment, because you can drive the car and tell the chassis can handle more power. You could have exploited that extra ability if you had taken the bigger engine, but now you’re getting bored because the car could handle more power than your cheap side would allow. I would rather buy a lesser car that is top of its range than the entry level of the next range up. But this isn’t just about power and performance. Nothing irritates me more than a super-comfortable saloon with a little four cylinder engine. I don’t care how good a 4-pot is, it will never be as smooth as a 6 or 8 cylinder engine. Four cylinder motors also tend to be smaller, so they are also going to be working harder to move the luxo-barge around, and a hard working 4-pot hammering away at the front just spoils the whole experience.

The Mustang has more “COOL” dripping off it than Chuck Norris sitting on top of a full keg of ice cold beer in the middle of the Iron Man’s mansion. Something about the Mustang makes everyone want one… but you shouldn’t. These things cost nearly a million bucks in South Africa, and I am very sorry, but for that kind of money I want something that’s going to blow my socks off, and the Mustang only manages to be OK to drive. It’s not great. And what makes it worse, is that it costs THAT much money, but the interior is still a pretty bland mix of plastics and standard issue Ford switchgear. For a million bucks I want it to feel special and bespoke, and this just doesn’t.

Anything with Flappy Paddles and no Manual option

For as long as I have breath in my lungs I will continue to fight for proper manual gearboxes in cars. At the very least give me the option, because I simply can not stand the idea of a sportscar that does half the driving for me. The whole point of a sportscar is to have fun with it and to actually DRIVE it…. so why would I want a machine to do it for me? Especially since they all seem to struggle doing a very good job of it anyways, except when they are on a track or being ragged to within and inch of their lives. Put it another way, there have been a number of cars that I have driven where my only thought was, this would be so much better with a lever and a third pedal, but I have never EVER driven a car with a manual ‘box and thought to myself… I wish this had flappy paddles….Flappy Paddles Must Fall!!!

So there you have it! What automotive disappointments have you experienced? Ever driven a car you dreamed about your whole life only to discover it was rubbish? Let us know in the comments!

There were a lot of other cars I considered when making this list – cars that were deeply flawed in some way, but in the end I decided their flaws were what gave them their character, and their character actually made them great! Here are some of the others that didn’t quite make the cut: