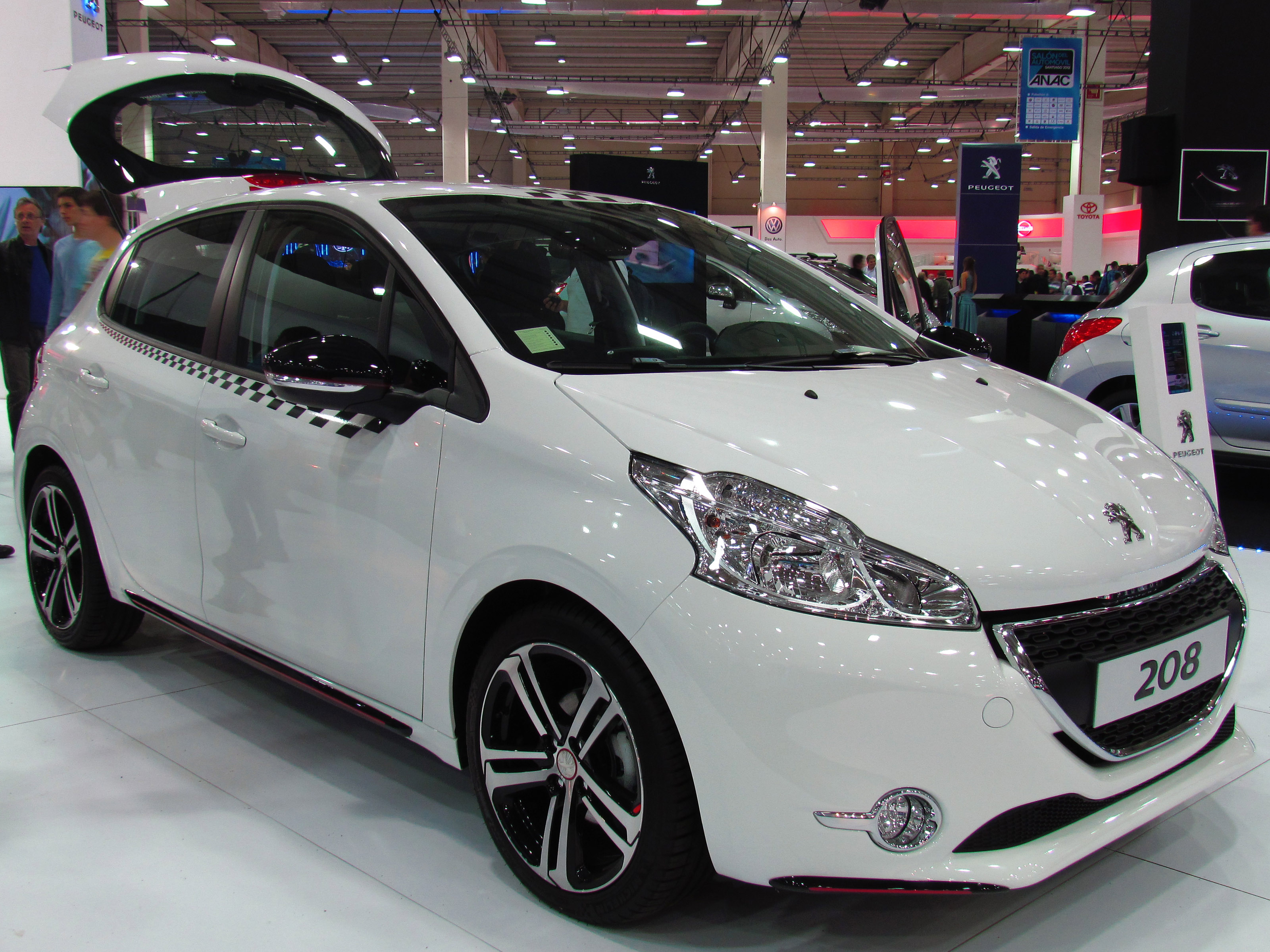 So it has been a little while since you’ve heard from me and the 3 of you that actually bother to read what I dribble on about on these pages have probably been wondering where I’ve been. Well I have been on honeymoon for the past couple of weeks, traveling through the UK and driving a rental car in a ‘foreign’ country. As you can imagine, this has brought up many topics for future articles, so hopefully the few weeks of silence will pay off.

For the first week of our honeymoon, I booked a rental car, since we were going to be staying in Alton, in Hampshire – which is out in the sticks, so public transport is less… extensive, shall we say? I want to start off by saying that I have never failed to talk myself into a free upgrade when it comes to rental car desks, but it must be noted that trying to talk yourself into an upgrade becomes infinitely harder to do when you are wearing a wedding ring. It could also have something to do with the fact that for the first time ever, the person behind the counter serving me, was a man…. Moving on – I managed to get us upgraded from a Peugeot 108 or equivalent, to the 208… which is a good thing too, because I fear our luggage would not have fit into the 108. Even in the 208, half of our bags had to go on the back seat. – Greenmotion cars were very efficient and friendly in their service, the car was almost new and in great condition when we got it and their staff gave me lots of little pointers and tips about driving in the UK and driving into London, so good job to them.

But what was the car actually like? Well I have to be honest and say that I have never been a fan of French cars. I always found that they almost try a little bit too hard to be innovative and cutting edge, and ultimately the driving experience suffers as a result. That being said, Peugeot has always stood out for me as the one French car maker that does at least have decent build quality – and this was demonstrated by our little 208. It is very well put together and the interior is full of nice materials, with everything having a really good solid feel to them.

Externally the car looks quite good. The side profile is pretty much any family hatchback, but the front detailing with the sweeping headlights, big grill and sporty front splitter, gives it quite an aggressive, cheeky look. The rear end is very rounded and the details on the tail-lights are quite appealing, but the whole thing remains unmistakably Peugeot. If I had to criticize something about it, I would have to say the side mirrors look really big and out of place, while the wheels are a nice design, but hopelessly too small. Made to look even more so by the bulbous rear bumper. Bigger wheels can be specified, obviously, but if the car looks a little odd without them, perhaps it should be standard across the range?

Inside the car is quite spacious and myself and the wife easily adjusted the seats into a comfortable position. Visibility is pretty good all around, so perhaps the over-sized mirrors do have something to justify their existence. The seats and doors are tastefully upholstered and the carpets looked they they were of a pretty good quality. With only 4000 miles on the clock the interior didn’t show any signs of wear, but then again at that sort of mileage that would be expected. The dials are mounted on top of the dash in a sort of pod, and seem to sit really far away in the distance. The odd shaped steering wheel with fake leather cover was really nice to look at, but it does block some of the information displayed on the instrument cluster. Speaking of the wheel blocking your view, our rental car was fitted with cruise control and a speed limiting system, which worked really well, but you have to actually put your head on the seat to peer behind the steering wheel to see the control and figure out what it does, before you can actually use it. The steering wheel completely blocks some of the stalks so you can not see them and therefore, unless you know they are there and you know what they do, you’d never figure them out. The center portion of the dash is dominated by a large touch screen, which controls the radio, links to the blutooth telephone system and, if you plug your phone in, gives you access to android auto screen mirroring. So you can use the navigation built into your cell phone on the big screen of your car, and she will talk to you through the car’s speakers. A feature we used a lot once we got used to its little weird quirks. And the whole car seemed to be riddled with weird quirks – the wipers, headlights, ventilation, locking, interior lights – nothing really works exactly the way you would expect them to. And even though it’s nice to see that Peugeot are thinking outside the box and finding their own unique way of doing things, you have to ask if it really is better? I can usually get into any car and just drive off, this one, almost had me looking through the manual to figure out how the wipers work.

Turn the ignition to the on position and in old-school Subaru style, the dials light up and sweep through the full range of motion before coming to rest back on zero. A nice touch perhaps, but a little unpolished. You see I later noticed that if you do not wait for the dials to return to zero before actually starting the engine, they start sort of twitching, not sure which direction they are supposed to move in, until the engine fires up and then they simply drop to idle positions, which rather spoils the effect. The engine note instantly made me worry… because it’s a three cylinder. I know I’m spoilt with my V8 Jag and my every-day commute is driven by V6… but I’m sorry, anything with less than 4 cylinders belongs on a motorbike or lawn mower, not a car. I know the technology is amazing and that they are much better than they used to be, but the fact remains that in one revolution, it has too few power strokes to make for smooth progress. This larger ‘gap’ between its power strokes, also means that 3-pots are notoriously easy to stall when pulling away. Something newer versions are combating, by making the throttle very sensitive in the first few millimeters of pedal travel. It works, but it does make it very difficult to pull away from a stop smoothly, without taking big chunks out of the clutch.

Once on the move, the soundtrack is very uninspiring, with the odd number of cylinders causing a rather annoying din rather than a fruity noise. It’s only a 1.2, but it does have a little turbo on it, so progress is not too bad, and sort of on par with what you would expect of a similarly sized car with a 1.4 or 1.6 liter engine. The problem being, as with all of these small turbo charged engines, it fails to save you any fuel, because your are now squeezing more power out of a highly tuned 1.2 rather than a relaxed 1.6. In some situations, and I actually believe in the long run too, a larger 4 cylinder engine would probably be more economical and nicer to live with. No matter how much balancing they do to these 3-bangers, there is always going to be some kind of vibration coming from them, and it is noticeable on highways, and especially when sitting in traffic. It’s just not as smooth and refined as the rest of the car’s character.

All the controls are feather light in this car. The pedals move with almost no resistance, as do the gear lever and steering wheel. Great when you’re sitting in traffic, not so great when you’re trying to make spirited progress down a country lane. The super light clutch makes it extremely hard to feel exactly where the clutch is going to bite, and this makes it even harder to pull away smoothly. The gears are very precise and the lever moves through the gate with the lightest of touches, but still manages to feel mechanical – which is good – but the stroke is far too long. Even my old pick-up truck has shorter throws between gears than the 208. By far my biggest complaint with the car is the steering. The odd shaped wheel actually works quite well, and the fact that it’s quite a small diameter, makes it feel a bit sporty. Unfortunately there is zero feedback through the wheel, thanks to its column mounted, electric power steering. At no point during any drive through a corner, does the driver have any idea what the front wheels are doing. This coupled with the small wheel, tight ratio and over-assisted nature of the steering, makes it extremely difficult to accurately place the car on the road at speed. It’s less noticeable on highways, but on narrow country lanes with twists and corners, you are never really quite sure how much input to feed to the wheel, and when you do, you’re not really sure if the car is going to respond, because like I said, the wheel tells you nothing.

Thankfully the brakes are not as over-assisted as the steering is, and they bring the car to a halt pretty sharpish when needed. In fact the brakes are probably the best part of the dynamic package here, since its the only control surface on this car that actually gives its driver some tactile feedback.

So in conclusion then – the 208 is an attractive little hatchback, with a fantastic, feature-loaded interior, which would be perfect for anyone just wanting to get from A to B comfortably and effortlessly. Unfortunately it falls well short of the mark in terms of being a driver’s car. It doesn’t feel like it rewards the driver at all… in fact it doesn’t feel like you’re driving at all! And this is a worrying trend that I have noticed in a lot of new cars actually – driving is taking  a back seat to creature comforts, and the looks and gadgets are far more important and impressive than the actual driving experience. It’s such a shame, because there is a lot to love about this little car, if it was just a bit better to drive.