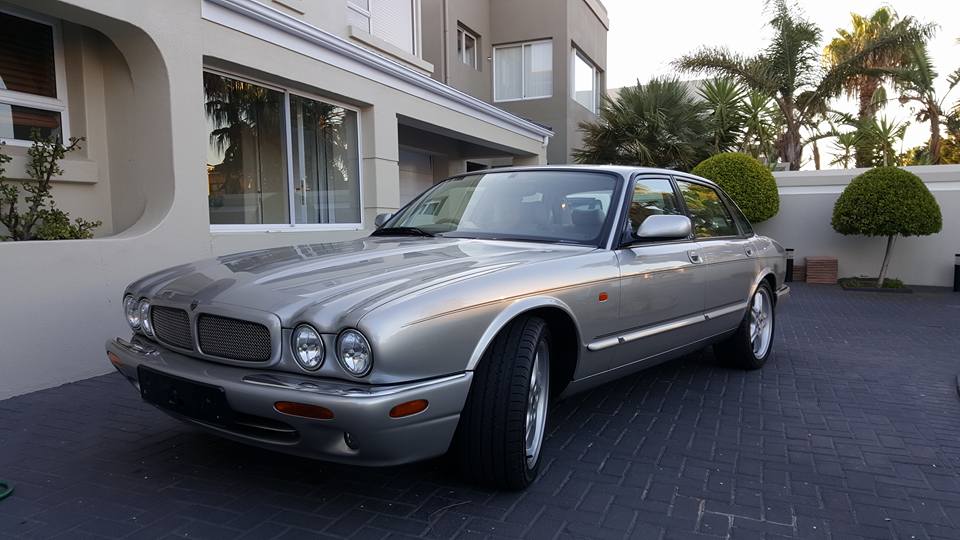 Designing a saloon car to look interesting can not be easy. I mean sportscars need to look powerful and aggressive, MPV’s have to look massive and practical, and SUV’s should look like they could drive over just about anything, but a standard issue 4-door sedan is pretty much what a toddler would draw when you ask them to draw a car – a small box at the front for the bonnet, a big box in the middle for the passengers, and another small box at the back for the boot… put some wheels on it and presto!

So to design a standard ‘3-box’ car AND manage to make it look interesting and beautiful, is really not an easy task. Over the years there have been some contenders – Volvo kinda owned the 3 box design with all of their cars, turning it into their signature dish! Mercedes have created some beautifully elegant designs (the previous generation E-class springs to mind), but for me, the kings of saloon design have always been Jaguar. Their new range of cars are stunning to look at, and I love them all – BUT for me the X300 and X308 XJ’s were some of the best looking cars they have ever made. They look long and stretched out, and those sculpted bonnets are truly a work of art. Naturally this caused me to WANT one – specifically an X308 XJ, and even though I had looked at several, I never took the plunge.

You see, the words ‘old Jaguar’ does not exactly conjure images of bullet-proof reliability, and given that Jag parts are not exactly cheap either – I could never bring myself to part with money in order to have one on my drive… Until now.

If, like me, you scour the furthest reaches of the internet on a daily basis in search for cars, even when you’re not really planning on buying… ok so maybe it’s just me…. anyways! Every once in a while you come across something spectacular. A car that is not only a beautiful classic, but has a well documented history, service records, spare keys and very low mileage – a unicorn car – named as such because in the world of common sense, they simply don’t exist.

Silver XJR for sale, 1999 model only 32’000km, full service history. The advert was so unassuming in the way that it stated those details, I almost thought that it was a typo, so I called to find out to my surprise that the information was correct, but only told half the story! Needless to say, that same afternoon I went to view the car at the dealership in Somerset West.

The car is immaculate from front to back – not a single mark on it. It still has the original Jaguar toolkit with spare bulbs and fuses tucked away in the engine compartment – Still sealed in its plastic. The stainless steel door sills still have their blue plastic protective coatings on them. The spare and all the tools in the boot are still brand new and unused. I was staring at one of the most beautiful saloon cars from 17 years ago, and it was pretty much in showroom condition!

Have you ever taken a test drive in your dream-car, half hoping that it wouldn’t be as good as you thought it would be? I was really hoping to find something really wrong with it so that I wouldn’t have to buy it, but 20 minutes later I parked it back at the dealership with a huge grin on my face and the only description of the drive I could utter was that ‘it’s the single most impressive car I have ever driven’.

I went home trying to think of reasons not to buy the car – perhaps the clock has been turned back? a 17 year old car with that mileage, surely something has to be wrong. So I called Jaguar in Capetown to pull the car’s history and I was told the whole story. The car was bought brand new by an elderly gentleman from Paarl. He drove the car on weekends, but barely put any mileage on it, still remembering to service it every year with Jag in Capetown. Sadly the first owner passed away in 2006 and apparently there was a huge fight over the estate he left behind. The car was stuck in his estate and placed into storage for almost 10 years. Once the estate had been settled the car was bought by the owners of the Somerset dealership and immediately sent to Jaguar in Capetown, where they did a ‘resurrection’ service on the car. They replaced every rubber, every belt, and every fluid that could have perished during its time in storage. 4 Brand new tires went on as well as a new battery. A service with a cost of over R30k, excluding the tires.

So after my desperate search to find a reason not to buy it came up empty I decided to call the dealership and make an offer to purchase. I mean at the end of the day, if I was EVER going to own an X308, THIS was the one I needed to buy… Imagine my horror when the dealer told me the car had been sold to a collector in Johannesburg. I tried for 2 weeks to convince myself not to worry about it – take it as a sign that it just wasn’t meant to be, you know… there was probably something wrong with that car anyways!

BUT… after 2 weeks I got a call from the dealership – the deal fell through, and the car is available if I’m still interested. 10 minutes later a deposit was paid, an extended warranty was purchased and my current cars were being advertised as for sale to make room for the Unicorn Cat!

A long story, just to get to the point where I actually own the car, I know, but what is it actually like to live with?

My first major concern was that the fuel consumption was going to kill me! Jags are notoriously thirsty and with this beast being the 4.0L V8 with a whacking great Eaton Supercharger mounted on top, it was bound to be a heavy drinker. Fortunately I was pleasantly surprised to find that, thanks to its massive power, it doesn’t have to work very hard in normal driving and I’m currently averaging around 10L/100km or just slightly over – despite the fact that the on-board computer claims 14.3 L/100km.

It is beyond comfortable on the highway – it simply eats through mileage with hardly any noise or vibration, and soaks up almost anything that our fantastic South African roads can dish out. The surprising thing is that once you engage sport mode and start throwing the XJR at some corners, it becomes massively impressive for something this big and comfortable. It never feels cumbersome or out of place when negotiating a tight mountain pass at considerable pace. In fact you would be very easily forgiven for mistaking it for a much smaller car. It’s not quite an M3, but it’s unbelievable how well it does at the fun stuff considering how good it is at everything else.

There is also something to be said about the interior of this car. Real leather and real wood everywhere. Unlike most modern cars, if it looks like metal, it really is! It really is a stunning place to sit!

When it comes to power, the engine never fails to impress. The shove you feel in your back when you floor this thing is addictive! The speed it is capable of is truly frightening, not just because of how quick it is, but it’s the surprise of it. No-one expects an ‘old-man’ Jag to be this quick, yet this thing will put many modern sportscars to shame. 0 to 100kph is taken care of in 5 seconds flat, and the fury doesn’t run out until it hits the 250kph limiter, at which point it feels like driving into a brick wall. Never underestimate the XJR, it is not just a luxury barge, it is seriously fast.

The not so good stuff? Well the buttons on the dash are not exactly laid out with the kind of ergonomic genius you would get from the Germans, but once you figure out where everything is, it does work well. The boot is much smaller than you would expect it. In terms of area it is massive, but the shallow depth means that the volume is actually quite modest – not helped by the fact this thing carries a full sized alloy spare and its battery under the floor. If I had to nitpick I would have to point out that the ‘guttering’ over the doors can cause a little wind noise, but unless you are going to be driving everywhere at over 160kph, you are hardly ever going to notice it.

By far the worst thing about this car is actually parking it. Not just because it is massive, long and difficult to get in and out of tight spaces, but because it is a unicorn. Being such an extraordinary example of this model, I can not help but feel this huge responsibility to preserve it in the state that it’s in. I feel too bad to leave it in a car park where other people might walk past it. I can’t bring myself to take it down roads that I consider to be of questionable quality. I have to mentally prepare myself for 3 days before taking it to a car wash, and I only do that because the water restrictions prevent me from washing it myself. I find myself completely paranoid that something is going to harm my precious baby! I have always been very touchy about my cars, but with this car, I have completely gone over the top, just because of what it is – My Unicorn Cat.